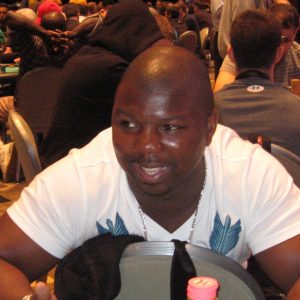 Poker player Travell Thomas has pled guilty to a debt collection scam that saw him bank $31 million from unsuspecting victims.

Back in 2015, well-known US poker player Travell Thomas was named as one of 15 people indicted by the United States Attorney’s Office Southern District of New York.

According to the press release, the accused were part of a debt collection scheme that used intimidation tactics and false information to scam people.

As part of the indictment, Thomas was listed as the co-founder, president and CEO of the company and, therefore, one of the men responsible for fraud and coercion between 2010 and 2015.

In response to the 2015 charges, Thomas’ lawyer, Robert A. Scalione, issued a statement to Pokernews.

“Travell Thomas is innocent of the charges pending against him. At no time did he engage in any criminal or fraudulent activity. At no time did he participate in any scheme to collect money that was not actually owed. From 2010 through 2015, Mr. Thomas and his partners ran a legitimate collection agency that employed several hundred people,” read the statement.

With the case in the hands of the courts, Thomas was forced to take a break from the poker circuit where he’d previously scored more than $510,000 in tournament winnings.

Now, 12 months since the initial indictment, Thomas has finally admitted his guilt.

Although he continued to protest his innocence right up until August when he accused Manhattan U.S. Attorney Preet Bharara (the Black Friday guy) of targeting him because of his race, Thomas has finally admitted that he was wrong.

Speaking in court on November 1st, Thomas broke down as he explained that he willingly broke the law in order to steal money from his victims.

“I knew what I was doing was wrong, and violating the law. I did it of my own free will,” said Thomas.

In addition to admitting using illegal tactics and deception to scam debtors out of $31 million, it was revealed that Thomas would use his cut of the profits to fund his poker lifestyle.

On top of expensive jewelry and clothing, Thomas took part in a number of major tournaments, including WPT and WSOP events, at the same time he was scamming people.

Following his admission, Thomas will now be absent from the game for a long time. As it stands, Thomas faces a maximum sentence of 40 years in prison. A judge will now review the case before Thomas returns to court on February 10th for sentencing.

Following the hearing, Thomas’ lawyer refused to comment on the case.

Damn 40 years Is a long time. I don’t know what else to say but damn 40 fkn years

He only got 8 years. This piece of crap should’ve got much more than that

40 yrs. of only being able to scam a bit of canteen & Jug-Up. But something tells me this guy’s Jug-Up is going to be taken from him.