New York poker player Travell Thomas, facing charges of fraud, has claimed he was targeted for being an African-American. Thomas sought to depose legendary US Attorney for the Southern District of New York Preet Bharara, the man who almost single-handedly brought down illegal online gambling in America back in 2011. In court documents, the poker pro alleged that the prosecutor is biased against blacks. 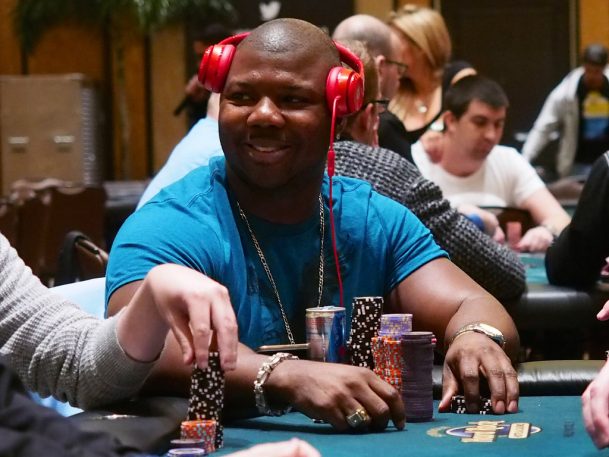 Poker pro Travell Thomas claims he was targeted by US Attorney for the Southern District of New York Preet Bharara, who happens to be the Black Friday prosecutor as well. (Image: flickr)

In most debt collection fraud cases, only civil charges are filed. But in this case, criminal charges were also applied in what was alleged to be a $31 million collection racket orchestrated by Travell and others.

Thomas claimed that Bharara only prosecutes black debt collection agency owners. His complaint was heard by Manhattan federal judge Katherine Polk Failla, and denied. The judge found there was not enough evidence against Bharara to suggest bias was present in the decision to file criminal charges in the matter.

Thomas was arrested in November 2015, along with 14 other defendants.

“As alleged, the defendants tried to trick and coerce victims into making payments to the Company by making false threats and telling a host of lies, including that the Company was a law office and that warrants would be issued for the victims’ arrests if they failed to repay debts,” a press release at the time of arrest stated.

The poker player’s legal team isn’t giving up hope that it can yet depose Bharara. Failla said the argument can be used again if new evidence arises. And you can be sure Travell’s attorneys will be looking for that evidence.

“We’re going to take a harder look at it,” said Marvin Schechter, the defendant’s lawyer.

But prosecutors disagree with the notion of racial bias.

“Thomas wholly fails to explain what those FTC enforcement actions involved and whether the conduct of the companies in those actions rose to the level of criminal conduct,” prosecutors stated in court filings.

Thomas is an accomplished pro who is well-known in poker rooms in the northeast. He has won two World Series of Poker Circuit rings, and has over $500,000 in live tournament winnings.

For now, his poker career is on hold while he dedicates himself to proving his innocence in a court of law. Should he get convicted, the poker pro could face up to 40 years in prison. But if Bharara wins, Thomas’ next poker game might be against his fellow prison inmates, for cigarettes and snacks instead of money.

Editor’s Note: We will be following this story closely. Check back with us for in-depth investigative reports.