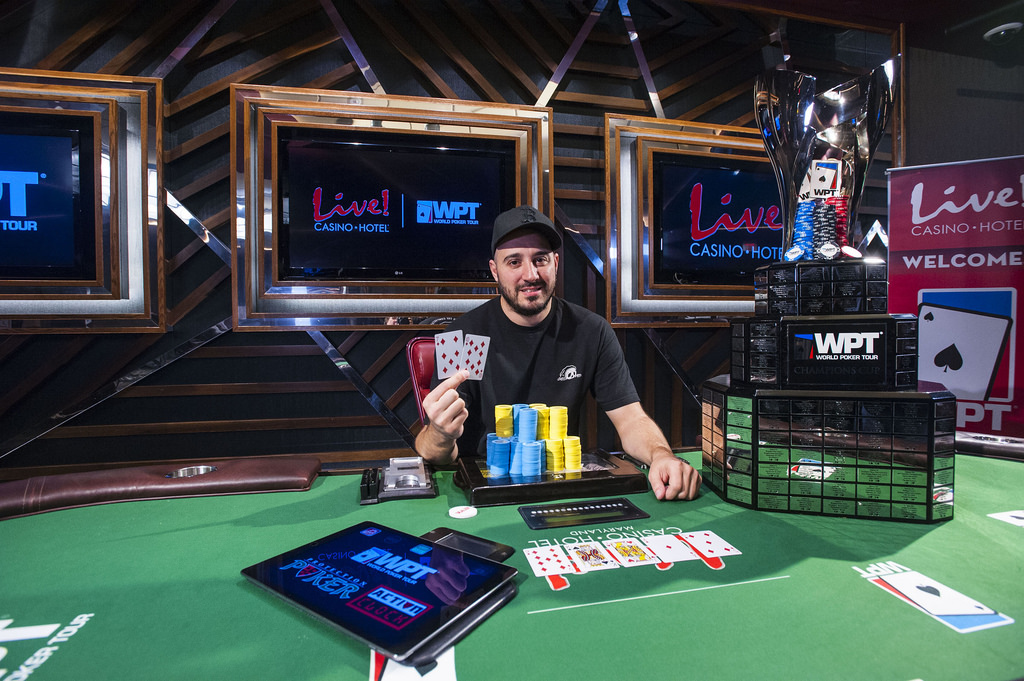 The victory now puts the South Florida poker pro above the $3.5 million lifetime mark in live tournaments. It was his first major title since he won the WPT Jacksonville in 2011 for $325,000.

Ruberto received a Hublot Trophy, a paid-for seat into the season-ending Tournament of Champions in the spring. And, even better, he’s now the WPT Player of the Year leader. Although, it’s far too early to project a winner. We are only three months into the season that doesn’t conclude until May.

With his victory on Tuesday, Tony Ruberto is now a member of an exclusive club. The World Poker Tour is in its 17th season, but only 25 players had won multiple events. The club now has its 26th member.

Elias is the only four-time winner. He won the Season XVI finale in Las Vegas back in May (Bobby Baldwin Classic for $387,580). He also owns the record for most career WPT cashes (30). Mohsin Charania, a two-time champion, is in second with 27.

Will Givens began the Tuesday’s final table with a slight chip lead over Ruberto and Jeremy Ausmus. But he couldn’t seem to win a pot on the tournament’s fourth and final day.

Despite his favorable starting position, Givens ended up in just fourth place ($121,112). A result he certainly would have accepted when he registered, but not the ideal finish he hoped for after Day Three on Monday.

It was early sadness for Mark Sandness when he ran into Ruberto’s bigger ace on just the 10th hand of the session. Although he probably wasn’t too sad once he received his $69,000 check.

Ruberto then eliminated Aaron Pinson in fifth place with pocket jacks that held up against pocket sevens. Shankar Pillai took over the busting duties briefly as he won a race to send Givens home in fourth place.

The eventual champion then took down Ausmus, one of the top players in the world with $6 million in earnings, with two-pair against a pair of nines.

That set up what turned out to be a long heads-up battle with Pillai. Ruberto began heads-up play with nearly a 5-1 chip lead but his opponent kept hanging around.

On the 85th hand of one-on-one play, Ruberto got his money in on the flop with a flush draw against top pair. He spiked a diamond on the river to end the tournament.

how good! excellent and deserved this victory now to continue demonstrating his abilities in the world poker tour.