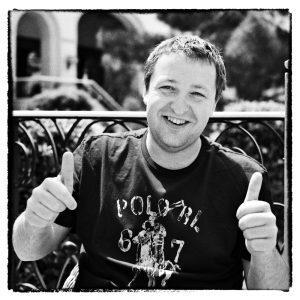 The European Union (EU) referendum in the UK is a hot topic at the moment and former poker pro Tony G has just added some more spice to proceedings by offering a £1 million prop bet.

Currently, a Member of the European Parliament (MEP), G is in favor of a united continent and he’s willing to put his money where his mouth is to back it.

Taking aim at Nigel Farage, the UK politician who is campaigning for the UK to leave the EU, G has offered to bet £1 million that voters will opt to stay a part of Europe.

The political appendage waving contest initially started when Farage placed a £1,000 bet that the UK would vote to leave the EU on June 23. Spotting an opportunity to up the stakes for the opposition, G wrote a letter to Farage and offered to bet him £1 million that he’s wrong.

Will Farage Put His Money Where His Mouth Is?

Naturally, with so much on the line and the spotlight shining firmly on the two political punters, any money won would go to charity, but, as yet, it doesn’t seem as though Farage is willing to accept the bet.

While the political figure is no doubt confident that the UK will break away from the EU, it doesn’t seem as though he’s prepared (or capable) of risking £1 million of his own money.

Of course, if he can corral enough backers before June 23 he may be able to stump up enough cash to accept the bet, but with just a few days left to campaign, it probably won’t be at the top of his list of priorities.

Leaving their potential £1 million to the side, Farage and G actually hold a number of similar views on the EU.

Both men believe the current system isn’t fit for purpose and that a huge overhaul is required for it to operate efficiently.

Unlike G who believes everyone should stay together and resolve the issues, Farage wants the UK to go it alone and leave the rest of Europe to deal with it.

Naturally, with G still holding an interest in an online sportsbook, namely TonyBet, there’s obviously an additional motive behind his proposal.

However, for those that remember G as a poker player, this is just another example of the attitude that helped him bank more than $4.5 million in tournament earnings and become one of the game’s most memorable characters.

He is crazy guy…that Tony G