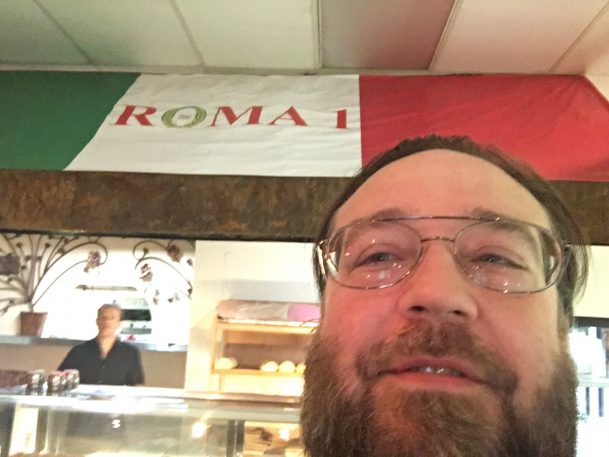 Brunson, a 2016 Poker Hall of Fame inductee, is quite the foodie. He frequently posts pictures on Twitter of his meals at various restaurants. This isn’t his first shot at restaurant ownership. But his last attempt came during the U.S. economic downfall in 2008. This time around, the economy is in better shape.

Doyle’s son spoke with CardsChat about his new business venture. He said he will have a 25-percent stake in the restaurant but didn’t share Pescatori’s ownership stake. He was supposed to be a “silent partner,” but hasn’t been so hands-off since taking over.

“I’ve been involved in most every step along the way,” he said.

If anyone should know real Italian food, it is Pescatori. He hails from Milan, Italy and is the most successful poker player in history from his home country. The entrepreneur has four WSOP bracelets and $4.2 million in lifetime live tournament winnings.

Business owner or not, Brunson is a poker player first and foremost. He has a WSOP bracelet and 47 career cashes at the World Series of Poker. He’s competed regularly in some of the biggest cash games in the world. How will he balance poker and restaurant ownership this summer?

“Poker has been very slow in Vegas lately, so I have plenty of free time to do other things,” the Poker Hall of Famer said. “During the series I will be busy all the time. But we will stay open late so I will be able to stop by on my way home most every night.”

He isn’t quite sure which WSOP tournaments he will play in 2017. That decision won’t be his. Brunson explains:

“What I play in the WSOP will be greatly influenced by whether or not I draft myself in the 25k Fantasy Draft. If I do, then I will play many events. If my price gets too high and someone else gets me I will play mostly cash.”

If Brunson selects himself in the 25k Fantasy Draft, he will be forced to play many tournaments so he can try to rack up points. Should another player select him, he won’t be as motivated to chase a bracelet. But, as he suggests, the real money is in cash games over the summer, not tournaments.

“I know I give up a lot of equity missing the great cash games during the series so I’m torn on what happens. But it’s pretty much out of my hands,” he said.

What happens if Hashtag King dines at Roma Deli and refuses to pay his bill like he did last week at Pot Liquor BBQ in Las Vegas?

“Hashtag King likes me and wouldn’t refuse to pay his bill. But if he did, I would just mark it down as a learning experience.”

Roma Deli already has a loyal customer base. Locals enjoy the numerous pasta dishes, atmosphere, and the restaurant’s use of fresh ingredients. So, Brunson isn’t going to make any wholesale changes. But he said he plans to add a bar in the next-door space he acquired.

The restaurant has many positive reviews on Yelp and other business rating websites. Brunson’s task will be to ensure his staff continues the tradition of serving delicious, fresh Italian cuisine.

The menu includes soups, salads, sandwiches, pastas, and entrees such as eggplant parmigiana and ravioli.

Roma Deli is only about a 5-minute drive from the Rio, home of the World Series of Poker.