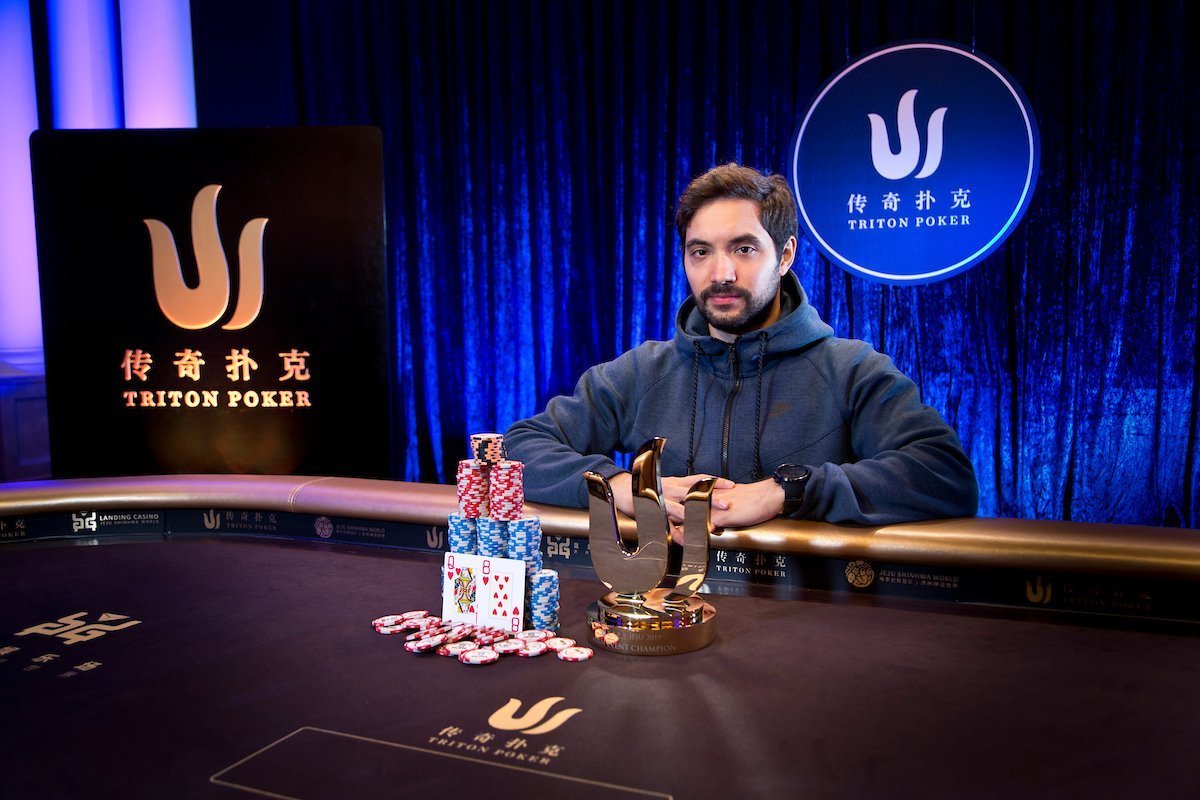 The tournament, which had a HKD 2 million ($255,000) buy-in, had 48 entries, with the six players who reached the final table also being the only participants to make the money.

Adams and heads-up opponent Bryn Kenney actually made a deal before the end of the tournament, which guaranteed that each would earn the largest paydays of their lives. In the end, Adams took home HKD 27.76 million ($3.54 million) for first place, while Kenney earned just over HKD 24 million ($3.06 million) for his efforts.

It feels really good,” Adams told Triton Poker after his victory. “I’m really tired right now, three really grueling days of poker…the field was really tough. The best players in the world were in the field.”

Heading into the final table, only Adams and Kenney had any real breathing room, with Isaac Haxton having just 25 big blinds on the third-largest stack.

That was small enough for Haxton to get his chips in on the very first hand of play. After Kenny opened with a raise with his K♦K♠, Haxton shoved from the big blind with A♥9♣. The kings held up, knocking Haxton from the tournament in sixth place and earning him HKD 6.3 million.

Stunningly, another elimination took place on the very next hand. David Peters had the short stack, and moved all-in with ace-three, only to see Peter Jetten call with king-ten and catch a king to score another quick knockout. Peters earned HKD 8.15 million ($1.04 million) for fifth place, allowing him to make the smallest of profits after firing four bullets into the tournament.

With the chips consolidated into just four stacks, the pace of eliminations slowed down a bit, but nobody seemed to significantly challenge the big stacks. Jetten would eventually go out when his top pair fell to Kenney’s set of kings, after which Kenney scored another knockout with the elimination of Dan Smith in third place.

“It’s so hard,” Jetten said after his elimination. “Everyone at this tournament is an amazing player, and I got very lucky to finish as well as I did.”

When heads up play began, Kenney had a slight chip lead, and the two players negotiated a deal that would see each of them leave with more than $3 million, with the winner getting the remainder of the prize pool.

Once the action resumed, it was Adams that had the best of the play, hitting Kenney with multiple coolers to put the Canadian in the driver’s seat. On the final hand, Kenney made a call with ace-high, but found that Adams had a queen-high flush, ending the tournament.

Depending on when you look at the conversion rates, this may or may not appear to be Adams’ first seven-figure cash, as a third place finish in a Super High Roller event at the 2017 Asia Championship of Poker in Macau earned him right around $1 million. But there is no doubt that this latest prize is his largest, and it brings his career tournament earnings to more than $14.1 million. Among Canadians, only Daniel Negreanu ($39.8 million), Jonathan Duhamel ($18 million) and Sam Greenwood ($15.7 million have earned more from live tournament poker in their careers.

Just seems like the other day when I was railing these very same players as they were taking down a $100rebuy on Fulltilt.