Matthias Eibinger and Timothy Adams both added to their career earnings in a hurry, as they won the Single-Day High Roller events at EPT Monte Carlo. 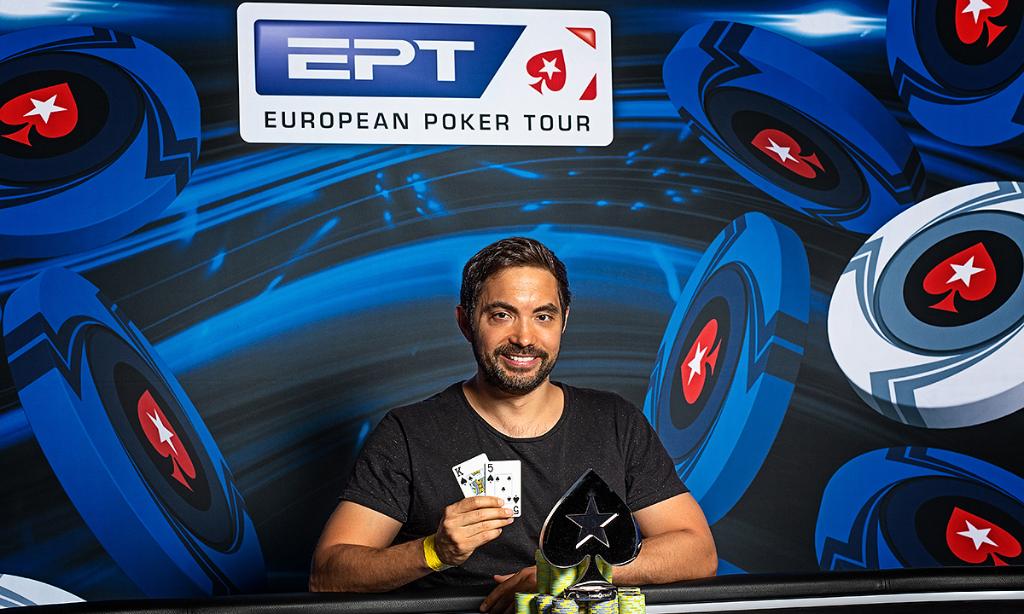 Eibinger beat out a field of 58 entries, ultimately prevailing over American Alex Foxen in a short heads-up match. While the confrontation appeared to have the makings of a long struggle, it ultimately took only three hands for the Austrian to pick up one of the biggest wins of his career.

On that final hand, Eibinger limped from the button, eliciting a shove from Foxen. Eibinger made the call with ace-jack, which created a coin flip situation against Foxen’s pocket fours. A jack on the flop gave Eibinger a better pair, and no help came for Foxen on the turn or river, ending the tournament.

Eibinger picked up €844,080 for first place, taking his career earnings just over $6 million according to the Hendon Mob database. That puts Eibinger second on Austria’s all-time tournament money list, trailing only Thomas Muhlocker, who has won nearly $7.5 million.

Eibinger also won a €50,000 event last December at EPT Prauge, but his biggest career cash remains his second-place finish at the WPT Tournament of Champions last May, when he won just over $1 million in a $100K high roller.

Meanwhile, Timothy Adams survived a close call in what had appeared to be a dominant position to take down the €25,000 Single-Day High Roller. Adams outlasted a field of 83 entries to claim the top prize of €548,030.

Adams entered heads-up play against Sean Winter holding a seemingly insurmountable 20-to-1 chip advantage. But Winter fought back, doubling up three times to nearly get back to even before Adams was finally able to put him away. Winter took home €389,600 for his second place finish.

After his win, Adams bemoaned the busy schedules at modern poker festivals, which result in little downtime for players who want to get as much action as possible.

“You just do not get a break. You’re either playing or talking poker with friends or looking at poker situations,” Adams told PokerNews. “Before, when I used to travel it would be for the experience and now it feels totally like a work thing where I just go and I just work.”

The win brought Adams’ lifetime winnings to over $14.7 million and continued a fruitful 2019 campaign for the Canadian. In March, Adams earned over $3.5 million when he took down a HKD 2 million event during the Triton Super High Roller Series Jeju.

EPT Monte Carlo wraps up on Saturday, May 4. The €5,300 Main Event for the festival began on Monday.

Big fish duel! After conquering a great big prize like this, the guy is still not satisfied? I see that don’t understand anything haha

Congratulations to these guys, I can not imagine what it feels like to win a high tournament.
Some day I hope to play a great tournament in Monte Carlo, or I hope to see some CC member playing in those levels.