Timofey Kuznetsov is the latest online legend to join what is becoming a loaded roster at Team Partypoker. 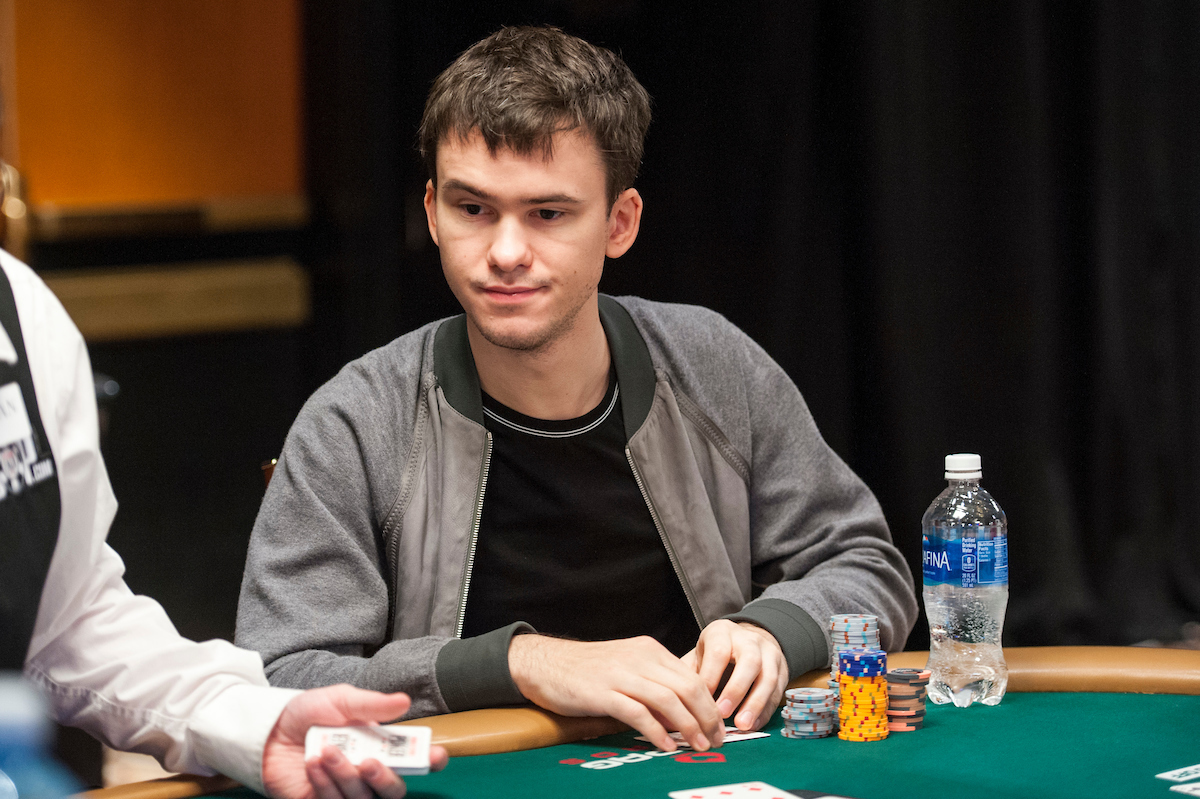 Timofey “Trueteller” Kuznetsov is the latest of the game’s heavy hitters to join Partypoker. (Image: Pokerfirma.com)

As recently as 2015, no one even knew who the player known as “Trueteller” was, other than knowing he was just about the last opponent you wanted sitting across form you on the virtual felt.

Like Viktor “Isildur1” Blom, Trueteller was battling in the highest-stake online cash games in the world for years before anyone figured out his true identity. He says the timing of his decision to step into the spotlight is no coincidence.

“It’s a dark age in poker, good sides must unite. I’ve spent all of my career in social silence, it feels like it might be time for me to change that,” Kuznetsov said in a statement.

The 27-year-old won’t just be a big name used to boost company branding. He’ll be helping to shape software development, as well as working with Partypoker to develop better mixed games in an attempt to close the gap on the industry-leading PokerStars.

There are few players who can boast the results that Partypoker’s newest prodigy can.

According to High Stakes Database, Trueteller ranks 18th on the list of all-time winningest online cash game players with $3,095,168. He’s also amassed $2.9 million in tournament cashes over the years.

He first turned heads by battling the best in the world, including Viktor Blom, in the nosebleed cash games on Full Tilt poker, eventually building a Mount Everest-like results graph. 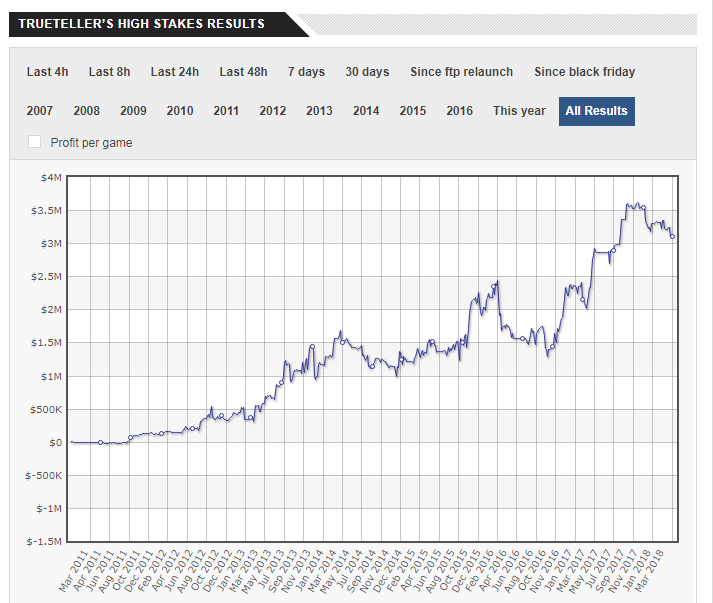 Trueteller has been on a successful online poker grind since Black Friday. (Image: High Stakes DB)

Like Blom, no one knew who he was at the time. Trueteller managed to keep his identity a secret for years until finally outing himself to his table mates at the Poker Players Championship (PPC) at the 2015 World Series of Poker.

Turns out he’s not such a slouch at live play either. He has almost $3 million in live tournament earnings, highlighted by a fourth-place finish at the $500,000-buy in Super High Roller Bowl in Las Vegas for $2,150,000.

Trueteller joins a Partypoker roster that is already loaded with poker studs. Last year, Fedor Holz, who many consider to be the best high-stakes player in the world, jumped on board the Partypoker train.

According to Poker Scout, Partypoker is currently the fourth-ranked site in the world in terms of traffic, behind PokerStars, the Asian-only IDNPoker, and PokerStars Europe.

Trueteller will make his debut for the site in the closing days of Powerfest — Partypoker’s flagship online tournament series ($60 million guaranteed) — which wraps up this weekend.

Partypoker’s team of ambassadors looks very strong, but they lack something to compete with PokerStars for leadership in The industry !!!