Tiger Woods found himself all-in and all-out of his own poker tournament over the weekend thanks to NBA star Russell Westbrook. 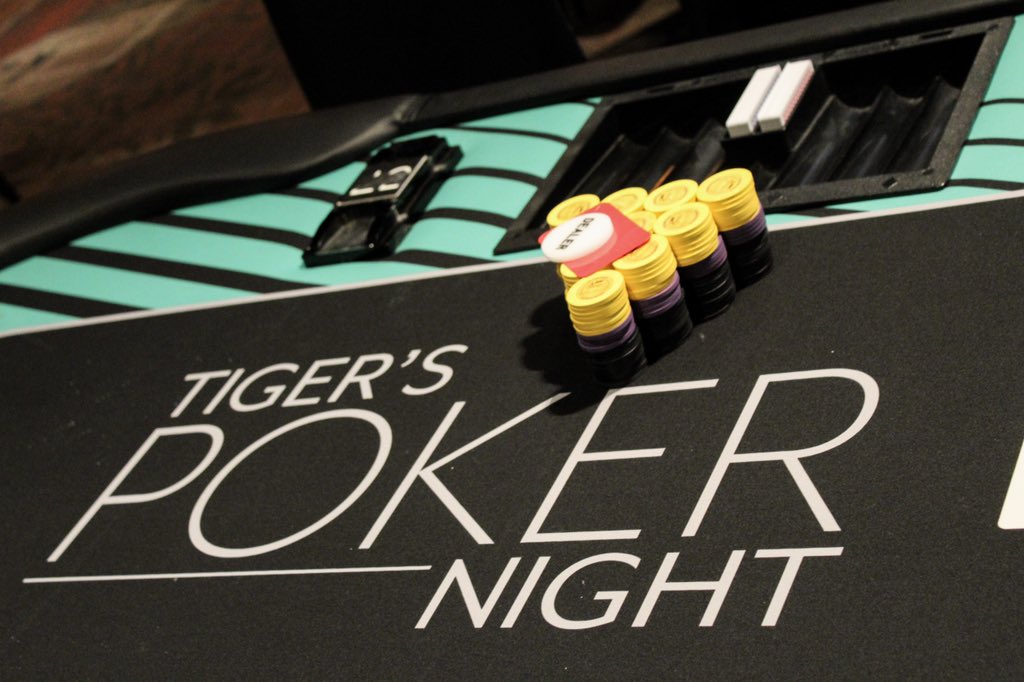 Taking to the felt for the annual Tiger Jam event sponsored by the World Poker Tour (WPT), Woods made a move with ace king.

Riding high off the back of his recent win at the Masters, the golf pro was confident as the money went in.

With emcee Phil Hellmuth describing him as the “greatest golfer of all time,” Woods was in a strong position as an ace landed on the flop. However, within the blink-of-an-eye, a queen gave Westbrook a set (see video above).

Despite having a virtual lock on the hand, the Oklahoma Thunder point guard wasn’t confident. Having seen Woods roll back the years at the Masters in April, he knew a comeback was more than possible.

Fortunately for Westbrook, a blank turn and river meant Woods was left swinging without any chips. Although the host failed to win his own poker jam, the charity poker event was another success.

Joining Tiger Woods and Westbrook for an evening of poker on May 24 was a host of famous faces. The WPT’s Lynn Gilmartin was among those representing the industry, as was businessman and high stakes regular Dan Shak.

Betting and bluffing his way through the star-studded field, Shak won the tournament after beating Vegas grinder Anthony Alberto heads-up.

Although the numbers are still being crunched, the organizers were hopeful of beating last year’s target. Thanks to a strong turnout, the 2018 WPT Tiger Jam poker event raised $1 million for the TGR Foundation.

Between poker and the year’s other activities, Tiger Woods will have raised another seven-figure sum for underprivileged students.