Phil Hellmuth is a champion on and off the felt. The WSOP bracelet record holder will help raise money for the TGR Foundation (a Tiger Woods charity) as the emcee of Tiger’s Poker Night, a charity poker tournament during Tiger Jam at MGM Grand in Las Vegas May 18. 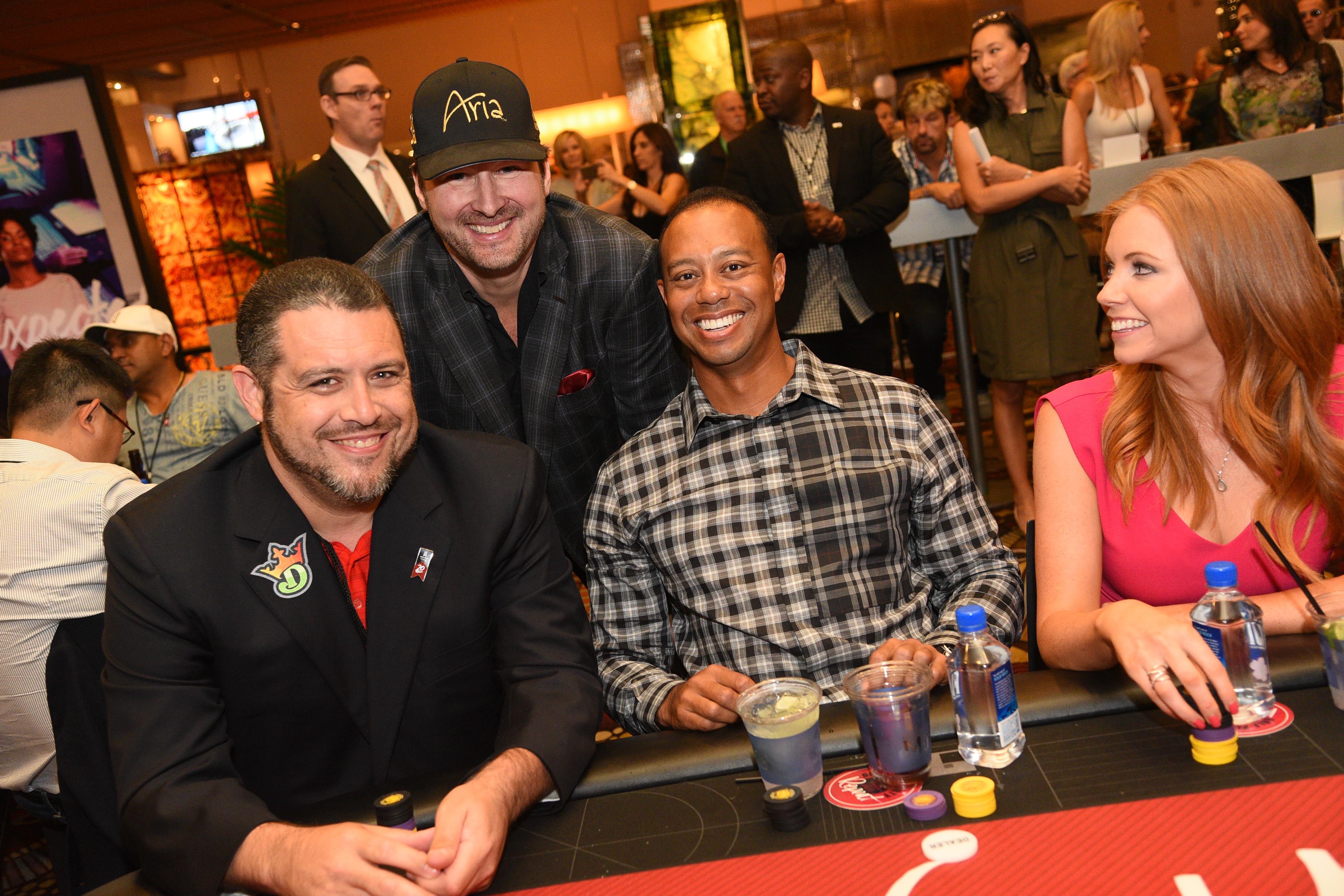 The poker tournament is one of many activities hosted by golf legend Tiger Woods that weekend. A golf outing, cocktail party, and a private concert are also on the 20th annual Tiger Jam schedule.

Hellmuth, along with Tiger, will be one of many celebrities in attendance during Tiger Jam. The Poker Brat will do his part in encouraging guests to donate to Woods’s foundation, an organization that provides the tools and support needed for underserved children to thrive in school.

TGR Foundation has the mission of providing underprivileged and underserved students resources to succeed in school and beyond. This includes bringing STEM curricula to certain schools and supporting teacher development programs. According to TGR’s website, 97 percent of the children they assist who make it to college are first generation college students.

Biggest Stars in Poker and Entertainment

Tiger’s Poker Night is, perhaps, the most entertaining charity poker tournament of the year. The event brings out some A-list celebrities like Mark Cuban and Kid Rock, along with the likes of Daniel Negreanu and other poker greats.

Interested participants must purchase a “Poker Experience” package to get a seat in the World Poker Tour-sponsored tournament. Prices aren’t yet publicly available but you can visit TigerJam.com to get on the VIP list.

In past years, the poker tournament has paid out gift prizes to top finishers. Winner prizes haven’t been announced.

Tiger Woods and Phil Hellmuth have more in common than you realize. Both northern California residents, these superstar friends are both chasing a 15th major title.

Hellmuth already holds the WSOP bracelet record with 14, but he hasn’t won since the $10,000 Razz Championship in 2015. Given his competitive nature, you just know the three-year wait to win a bracelet is killing him inside.

Similarly, Woods has faced a frustrating wait, 10 years, since he won his last and 14th major golf title, the 2008 U.S. Open.

A year ago, most golf experts predicted Tiger would never again compete at a high level. But that prediction was proven wrong just this past weekend. Woods finished 2nd at the Valspar Championship last weekend, his highest finish in a golf tournament since 2013.

After his Valspar performance, many of those same experts have changed their tone on Woods’ future. Some have gone so far as to say he will be in contention in next month’s Masters, the first of four golf majors.

Which northern California superstar will be the first to win number 15? Since we’re biased, we’ll go with the Poker Brat.

You neglected to say how much the tournament is. Also if you need dome prizes I might be able to get you some corporate sponsors. I have been on 2 non profit boards and would be glad to help. Cell 609-577-2352 hal