Patience is supposed to be a virtue in poker. But that hasn’t stopped the shot clock concept from catching on, with 888poker the latest to introduce the notion of having a timepiece become a key part of its live tournament tables, starting with 888Live London in October. 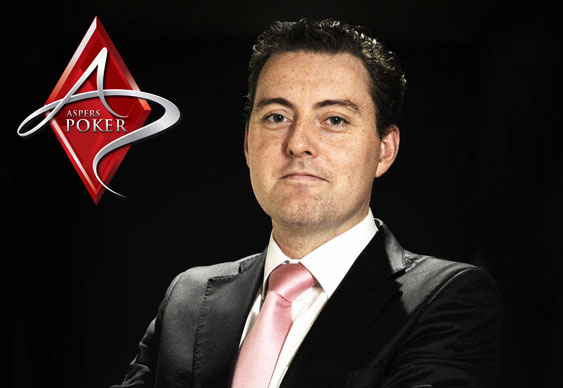 John Scanlon, head of poker at Aspers casino in London, will oversee the rollout of the 888shotclock at the 888Live London event in October. (Image: Bluff Europe)

In a bid to create a more even-handed poker experience, these tournaments will be some of the first to use them in big-field events not designated for high rollers.

There’s been no official word yet from 888 about exactly how long the shot clock will be, but they have noted that the at the start of each hand, dealers will start the clock and players will have a fixed amount of time to make their move.

In all-in situations, the shot clock won’t start until after the dealer has stacked the chips and announced the count.

The main aim is to keep the game flowing and ensure the tournament has a better structure, according to Aspers’ Head of Poker John Scanlon.

“Adding the Shot Clock is not about putting players under unnecessary pressure,” Scanlon said, “it’s about keeping the game running smoothly and ultimately providing all players involved with a better structure and overall experience.”

The pace of live tournaments has been hotly debated by players ever since online pros started to transition to live events. The issue came to a head at the 2016 World Series of Poker Main Event when British player Will Kassouf made headlines and divided opinions with his table talk and slow play in the $10,000 tournament.

After these contentious clock disputes were featured heavily in ESPN’s coverage of the Main Event, players were once again calling for improvements to the pace of live tournaments. Daniel Negreanu was among those who complained about excessive tanking, and the WSOP responded in 2017 by making it easier for players to call for a clock.

But now the trend is toward incorporating the clock in all play, not just when requested. With shot clocks already being used in some tournaments with buy-ins of $25,000 or more, 888Poker made a move to bring the concept over to events in which recreational players compete.

Soon after 888 announced plans to introduce the clocks at 888Live London, the World Poker Tour followed suit and added its “Action Clock” to all Season XVI Main Tour events. The move has been met with mostly supportive feedback.

Although the idea of limiting the amount of decision-making time a player might not appeal to newbies, it’s something seasoned pros and serious amateurs alike have responded positively ahead of 888Live London.