In the least shocking news you’ll read all day, Anthony Zinno made a final table. This time, it was at the WPT Choctaw in Durant, Oklahoma, where the three-time WPT champion has a chance to tie Darren Elias as the only four-time winner in World Poker Tour history. 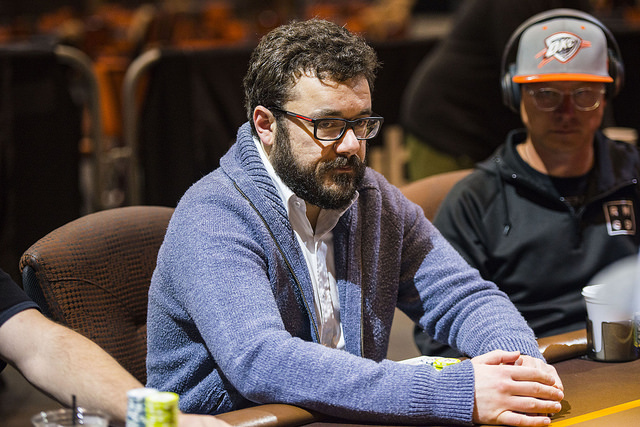 Anthony Zinno made the WPT Choctaw final table and has a chance to tie Darren Elias as the only four-time WPT champions. (Image: WPT)

Chip and a Chair

Zinno is in the worst possible position heading into the final table of six players, which began at 12 noon Central time. He started the day last in chips … but we’re talking about one of the best players in the world here. A comeback victory from the likely future Poker Hall of Famer would surprise few.

Zinno and Tony Ruberto, who won the WPT Jacksonville in 2011, are the only past World Poker Tour champions at the WPT Choctaw final table.

Holiman has secured his first career WPT cash and is uncharted territory, a chip leader at the final table of a major poker tournament. He has just $42,000 in previous live tournament cashes but is guaranteed at least $95,780 with the winner receiving $469,185.

The $3,700 buy-in tournament began on Friday with 755 players and will play down to a winner on Tuesday. There is no livestream available.

Been there, Done That

While Holiman is in unfamiliar territory, Zinno has been in this position more times than he can count. Less than a month ago, he scooped a $5,225 buy-in event at the Venetian DeepStack series in Las Vegas for $466,670 and made two other final tables this summer, both in WSOP events.

If @AntZinno is 40 just induct him into the hall of fame already. Jesus man do ever just bust a tourney before the final table?

In May, Darren Elias became the first four-time WPT champion. Zinno has an opportunity on Tuesday to join that exclusive club.

But regardless of whether or not this is the final table where Zinno gets that fourth WPT title, Zinno has more than $8 million in lifetime live tournament winnings and will soon be tacking on to that figure.

I feel like he must derive his poker prowess from that sweater.