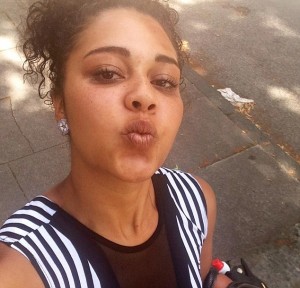 24-year-old Leonie Granger is one of three suspects charged in the gruesome murder of pro poker player Mehmet Hassan in London. The motive appears to have been Hassan’s poker winnings. (Image: dailymail.co.uk)

Three people have appeared in court in London, charged with murder following the death of UK poker player Mehmet Hassan. The 56-year-old father of three was found dead in his apartment in Islington, in the north of the city, last week.

Police arrived at the scene after his disappearance had been reported by concerned relatives to find that the apartment had been broken into and that Hassan had been tied up, beaten and robbed. A post-mortem determined he had died from chest and neck injuries. The three suspects – Leonie Granger, 24, Nicholas Chandler, 28, and Kyrron Jackson, 27 – were arrested by police the following Friday.

Hassan, a popular figure on the London cash game scene, was last seen alive on March 23rd at the Palm Beach, a high-end casino in London’s affluent Mayfair district. Friends said he had won over £3,000 ($4976) playing poker, and said he was going to the nearby Nobu restaurant to celebrate with a “mystery woman” he had met in the street, leading police to believe that he had been the victim of a so-called “honey trap”. Police suspect that Leonie Granger – a care worker from Gillingham, Kent – is the woman who may have lured Hassan to his death.

Police are still trying to piece together Hassan’s movements on that night, although friends have said that he was known to keep £20,000 ($33,172) in his flat, which suggests the robbery may have been pre-meditated.

Tributes poured in on social media for Hassan in the days following the news of his death, with players starting a funeral fund for his family.

“For those of you who knew our friend, Mehmet Hassan, who was sadly taken from us earlier this week, you’ll know how much of a generous caring family man he was. For those of you who knew him briefly, you’ll know how much of a chirpy, happy, funny man he was, especially around the poker table. Always making others laugh with his infectious personality and his one-liners. He lived for his family and was never happier than when taking care of others and making people laugh,” said fellow Palm Beach regular Paul Bracken on his Facebook page.

Well-known pro player Dave “The Devilfish” Ulliot also noted Hassan on Facebook, saying,“Sharp as they come great sense of humor. Good mate for over 20 years. We played poker in some shitholes, and, win or lose, always had a laugh. No doubt be joining ya soon cos wherever you end up I’m sure I will too.”

All three suspects appeared in court on Thursday and were formally charged with murder and were remanded in custody by Magistrate Claire Freedman, although four other people arrested in connection with the case have been bailed until June. Police are still urging any witnesses that may be able to help piece together Hassan’s final movements to come forward.

If he was such a great family man, how could he fall victim to the “honey trap”? He would have shunned the come-on from that honey.

He was divorced but he doted on his children. Sorry, the article didn’t make that clear.