The second online bracelet event of the summer took place on Saturday not in the Rio but in Nevada cyberspace on WSOP.com. 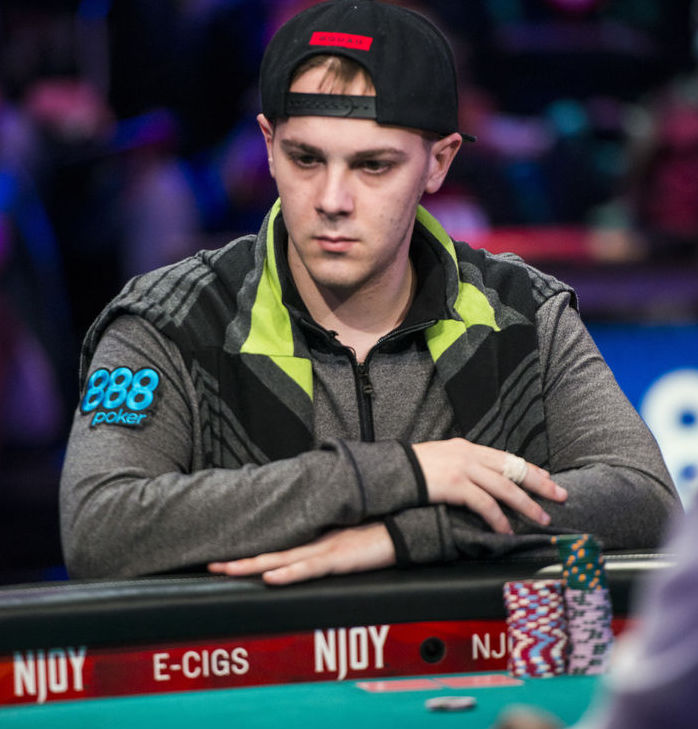 Thomas Cannuli was a November Niner in 2015 and online high roller in 2017, with his alter ego FLOATZ claiming the bracelet for the WSOP Big Grind Online. (Image: Press of Atlantic City)

Cannuli hails from New Jersey, one of three states to offer legalized online poker. He is perhaps best remembered for the class he exhibited in his post-elimination interview from the Main Event. Instead of bemoaning his bad luck, Cannuli thanked his rail of supporters, which included poker pro Jeff Gross and Olympian Michael Phelps, and gave a gracious exit interview.

“It’s not easy,” Cannuli said upon busting the Main Event. “It comes from playing for seven years, seeing the guys who lose $40k pots in a cash game and say nothing about it. That showed me a respect for the game. You see the other side where people are complaining every time they lose a hand. I just want to set an example and take a stand for the guys who have that etiquette, and lose like gentlemen, or women for that matter.”

Cannuli didn’t have to lose like a gentleman in the early morning hours of Sunday. Instead, he had the opportunity to celebrate becoming just the fourth player in history to win a WSOP.com gold bracelet.

The defining hand for Cannuli, who previously sat for an exclusive interview with CardsChat, came with four players remaining in Level 34 (60k/120k/12k). That is when Daniel ‘Pepperprince’ Zack limped the button with the K♣K♦, and Cannuli did the same from the small blind with the Q♥Q♣.

In the final hand of the tournament, both Owen and Tara ‘BeatrixKiddo’ Cain got their stacks all-in preflop holding A♣3♥ and A♦3♣, respectively. Cannuli, who had them both covered, put them at risk with 10♥10♠. His hand held for the double-knockout after the board ran out a clean Q♦K♦2♣5♦Q♣.

Meanwhile, “Roldy” was eliminated as the bubble boy in 55th place after his ace-king failed to get lucky against the pocket kings of Owen.