A pro-gaming trade group is the latest body to legally dispute a the Department of Justice’s (DOJ) recent reinterpretation of the Wire Act. 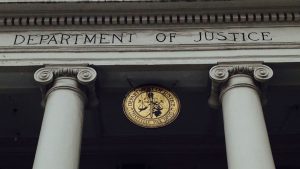 The latest lawsuit is the third to be filed against the DOJ in recent weeks. (Image: Sportsbook Review)

The iDepevelopment and Economic Association (iDEA), whose self-described mission it is to “grow jobs and expand online interactive entertainment business in the US,” has filed a lawsuit in a New Hampshire court, claiming the DOJ’s view is not “faithful to the text structure, and purpose” of the Act.

In January, the DOJ reversed course on how it interpreted the 1961 Wire Act. The about-face effectively banned inter-state online gaming, striking a potential blow to an American online poker industry which had finally started to find some footing.

The original intention of the Act was to target organized crime’s influence on sports betting, but iDEA isn’t alone in thinking that the DOJ has taken it too far.

Theirs is the third lawsuit to be filed in recent weeks.

That was followed by another legal challenge from the New Hampshire Lottery Commission (NHLC), which claims that the interpretation exposes them to “substantial uncertainty as to the continued legality of its operations, which fund New Hampshire’s public education system.”

It also poses a threat to the the online poker industry, which took some big steps forward in 2018 with the shared liquidity agreement between New Jersey, Delaware, and New Jersey. Last month, former Poker Alliance president Rich Muny sounded the alarm, saying that poker shareholders needed to come together and pressure lawmakers into fighting the DOJ’s decision.

Pennsylvania was expected to join that shared player pool in 2019, but its gaming regulators have now recommended against it, and the future there is unclear.

The DOJ interpretation is also casting a shadow of doubt over the upcoming World Series of Poker’s (WSOP) online events.

In announcing that this year’s WSOP will feature a total of nine online bracelet events, officials also noted that players from New Jersey may not be allowed to get in on the fun.

“Eligibility for New Jersey players in WSOP.com online gold bracelet events has yet to be determined,” read the statement.

The path forward for all online poker operators should become more clear on April 15, the date the DOJ has set for gaming providers to comply with its Wire Act interpretation.