Theresa May Needs to Think Like a Poker Player in Brexit Talks, Says Pro

British prime minister Theresa May should learn to think like a poker player if she wants the upper hand in her Brexit negotiations according to Patrick Nally. 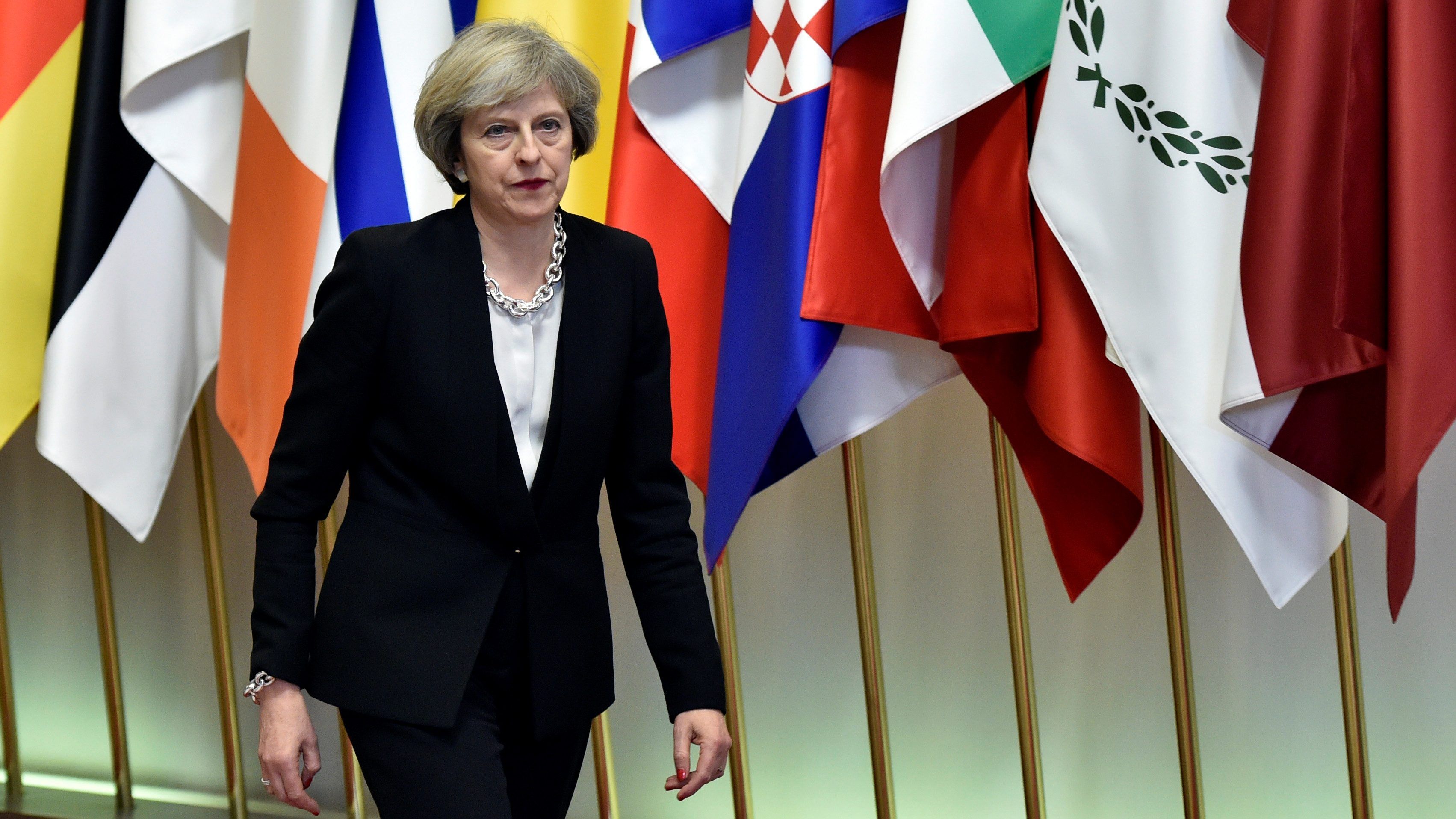 Theresa May seen here on a visit to EU headquarters should use poker skills to win the Brexit negotiations according to Patrick Nally. (Image: qz.com)

Speaking to one of the UK’s largest newspapers, The Express, Nally said May should follow the lead of her American counterparts as the country looks to separate from the European Union (EU).

“The reason why I got involved with poker was because I met the head of Harvard Law School. He reminded me that a number of US Presidents talked about poker and used poker skills to negotiate in military and high-stress situations,” Nally told The Express on September 1.

May Needs to Become a Shark

Although something of a quip, the founder of the International Federation of Match Poker (IFMP) offered to teach May how to play. In his opinion, she currently has the advantage but her lack of poker knowledge suggests she doesn’t realize it.

For Nally, the UK’s position is that it’s leaving the EU. In contrast, the EU’s future is unclear as it has no idea of how its internal dynamics will change when the UK leaves the union. Because of this, May should be fearless and emotionless as she plays “hardball” in her final negotiations before the March 29, 2019, deadline.

Poker and politics have become unwitting dance partners over the last few decades. In addition to the recent wrangling over the game’s legality in certain countries, including the US, various prominent figures have anted up in the past.

As Nally noted, former presidents such as Abraham Lincoln and Richard Nixon have all famously played poker. In more recent times, Donald Trump said in 1996 that poker is a “beautiful microcosm of life.”

Outside of the US, Norway’s Ola Amundsgaard took on politician Erlend Wiborg in a public heads-up match back in 2013. Vying to prove poker is a game of skill, Amundsgaard played the Progress Party member in a 10,000-hand Pot Limit Omaha match.

Despite the allure of a $170,000 if he could win, Wiborg was out with just over 1,000 hands played. Although the public demonstration didn’t have an immediate effect, Norway has since loosened its objections to poker and allowed some live tournaments to take place recent years.

Those invested in poker already know the critical skills required to be a success at the felt. However, previous experience has shown that these skills can also be applied to other areas of life, something Nally believes May should take note of if she wants to win her Brexit showdown with the EU.

A request for information on May’s poker experience and whether she’d like to take up Nally’s offer has been sent to Downing Street by The Express; a response is pending.

A poker bluff in politics can be VERY expensive. However, what I see on the news is very similar. Everyone is trying to portray something that he does not have and get something that he will not beat at the showdown. 😀

I think the mental openness of the british prime minister is wonderful, to understand and said that poker strategies as well as skills to play well, are a good weapon to solve many situations.I Hope all the governments understand this, so the poker will be treated as a game of mental ability and not a game of chance, then will lift the ban and become legal in those countries.