The Poker-DFS Connection: How It Played Out in 2016

Poker and daily fantasy sports (DFS) were hot topics in 2016, with the “are they skill or luck” game arguments being bandied about in many US state legislatures. 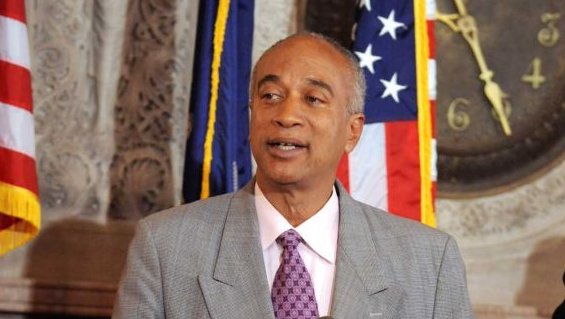 New York State Assemblyman Gary Pretlow expressed the opinion that poker was not a skill game, despite sponsoring a bill that sought to reclassify it as such. Meanwhile, his DFS bill was easily signed into law in 2016. (Image: pocketfives)

The DFS industry began the year in disarray. Its seemingly unstoppable rise through 2015 had been derailed by legal action and regulatory uncertainty across the US. In New York State, AG Eric Schneiderman had just threatened FanDuel and DraftKings with fines potentially amounting to billions of dollars, forcing the sites to pull out of their second-biggest market. Was DFS facing its Black Friday moment?

If it was, it was relatively short-lived, as it soon became clear that many states were prepared to legalize and regulate the contests, while many others offered legal clarification. There was also optimism that DFS and online poker legislation could be combined, and that online poker might ultimately benefit from the legislative momentum surrounding DFS.

After all, these were two products with many synergies. Both “houseless” gambling games are essentially skill-based, but with luck also playing a large role. If New York, for example, could regulate DFS, then why not poker too?

What’s Luck Got to Do With It?

But in some states, that optimism soon gave way to frustration, and when in early August New York became the eighth state to regulate DFS, its online poker bill was nowhere to be seen.

Both bills had been introduced by State Senator John Bonacic and Assemblyman Gary Pretlow. And while poker was approved by the Senate with flying colors, there appeared to be little appetite for it in the House.

Pretlow himself at one point declared he believed that poker was not a skill game. When you consider that his own poker bill sought to reclassify poker as a game of skill, this did not bode well for the bill’s chances. Bonacic declared himself to be “confused” by Pretlow’s comments.

For whatever reason, DFS appears to be more palatable to lawmakers across the US than poker.  They more easily accept the argument that daily fantasy sports, with its strong skill element, is not a gambling game in the truest sense. It’s an argument, of course, that poker has been making for years.

All Eyes on Pennsylvania

While the Senate is known to be the less enthusiastic about gambling expansion of the two chambers, there are certain imperatives which give the package a real chance of becoming law in 2017. The state’s yawning budget deficit needs to reduced, preferably without raising taxes, and projected revenues from online gambling have already been written into the state’s budget.

Meanwhile, a Pennsylvania Supreme Court judgment in September ruled that tax laws governing revenue sharing agreements between casinos and their local communities were unconstitutional, because they were essential differential. The ruling leaves communities without crucial revenues and it may well be the catalyst the Senate needs to pass Pennsylvania’s gambling package and get the business done in 2017.

“In New York State, AG Eric Schneiderman had just threatened FanDuel and DraftKings with fines potentially amounting to billions of dollars, forcing the sites to pull out of their second-biggest market”.

This is stunning in both its audacity and hypocrisy. New York State is home to Wall St — the biggest, crookedest, casino in the whole world. On-line gaming, and Poker ain’t got nuttin’ on Wall St.