Poker — and trivia fans — will have something new to watch next week when a new original game show, The Big Blind, debuts on Poker Central’s PokerGo streaming service, starting Monday, Nov. 25. 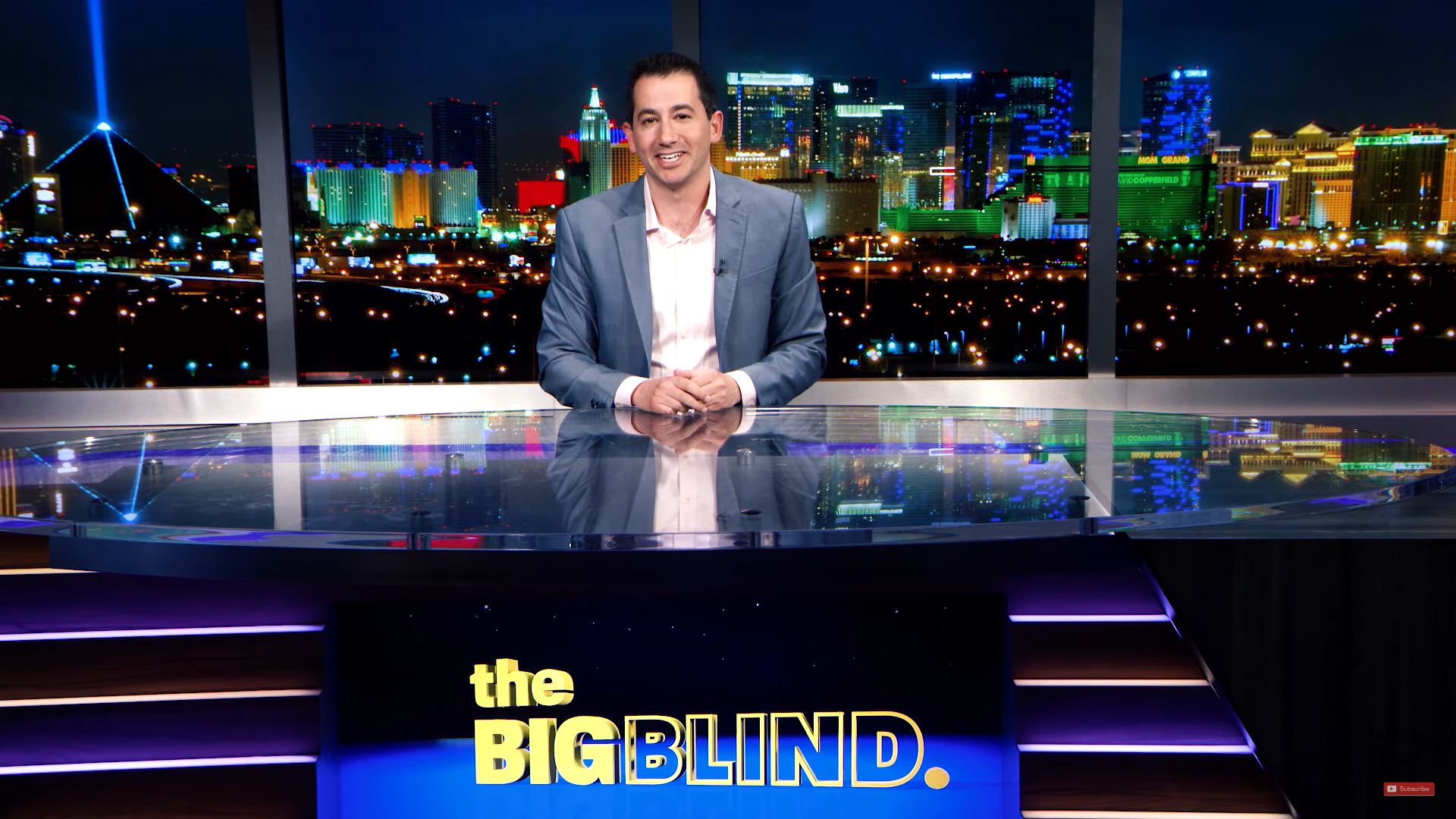 The show will feature 18 poker and entertainment celebrities competing for $30,000 in prize money over the course of a four-round tournament.

According to Poker Central, much of the show will revolve around poker trivia. However, more general gambling and Las Vegas-themed knowledge will also be tested, meaning that viewers and contestants won’t need to have an encyclopedic knowledge of poker history to be competitive.

Based on a video trailer for the series, contestants will include Mike Matusow, Norman Chad, Ben Yu, Joey Ingram, Chris Moneymaker, Norm MacDonald, and several other poker players and celebrity fans of the game, along with personalities from Barstool Sports. The 18 competitors will face off in six, first-round matchups. The winners will meet in a semi-final round before the final three contenders face off in the finals on Jan. 6.

Poker Central hasn’t detailed exactly how The Big Blind will be formatted, but there are hints that elements of poker will be included in the gameplay. In the show’s preview, contestants can be seen making wagers – including betting, raising, and making calls – related to the trivia questions being asked. These elements could help the program distinguish itself from run-of-the-mill game shows, while also emphasizing the poker theme.

We are always thinking outside the box of traditional poker content,” Poker Central president Sampson Simmons said in a statement. “The Big Blind and its blend of trivia with poker strategy allows us to bring a fresh form of entertainment to PokerGO subscribers, bringing both new and seasoned poker players to the table for this fun new format.”

The Big Blind will be hosted by PokerGO broadcaster Jeff Platt.

Poker and trivia may not seem like an obvious combination at first glance, but there has been plenty of crossover success between the two disciplines in the past. Recently, poker player and sports bettor James Holzhauer won the Jeopardy Tournament of Champions, culminating a dominant run on the show that earned him more than $3 million, including his $250,000 TOC prize money. Holzhauer is appearing at the Partypoker Caribbean Poker Party in the Bahamas as a sponsored player of the site, and will soon be returning to Jeopardy where he will face Ken Jennings and Brad Rutter to see which player will become the show’s G.O.A.T.

The addition of a game show to the PokerGO lineup is part of a broader move by Poker Central to add more original content to the premium streaming service. The service has also become the destination for live streaming coverage of many major poker tournaments, including the World Series of Poker Europe, the British Poker Open, and some WSOP final tables.