Texas Private Poker Clubs, Rakeless and Boozeless, Push the Letter of the Law

When the Post Oak Poker Club opened last weekend in Houston, Texas, its former steak house location was no accident. The private card room wanted to present an upscale, posh image, and with monthly memberships costing $150, it probably had to. Daily passes will run players $15.

There is also a $10 initiation fee and seat “rentals” that cost anywhere from $7.50 per hour for cash games to $20-$30 for tournaments. There is food available, but no alcohol sold. 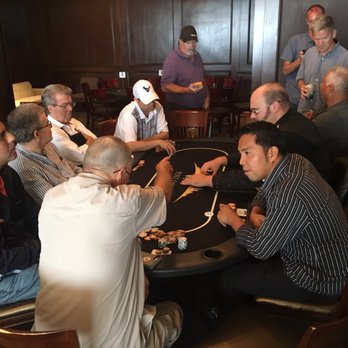 Ironically, in the state for which the most popular form of the game is named, Texas Hold’em, poker rooms have been illegal since 1937, but some ingenious entrepreneurs believe they have found a way around the law.

They’ve created private rooms where rounders can play cards to their heart’s content, and owners say as long as they don’t take a rake, or use chips to tip dealers, they are perfectly legal.

Texas Hold ’Em was invented in Robstown, a small suburb west of Corpus Christi, and subsequently brought to Las Vegas.

Early poker giants, including WSOP founder Crandell Addington, Amarillo Slim, and Doyle Brunson, all Texans, spread the game’s popularity, the same one that has been “forbidden” in their home state for more than 75 years.

Now, with these newer clubs cropping up more and more frequently, Texas State Senator Jose Menendez (D-District 26) maintains that some types of gambling are legal and some are not.

“I think it’s a little hypocritical that we can have a state lottery or horse racing in Texas, but we can’t let people play poker,” Menendez told the Houston Chronicle recently.

Michael Eakman, who opened Mint Poker in Houston three months ago, believes these private clubs allow Texans to play the game they love without fear of running afoul of the law.

He told the Chronicle that he did due diligence before setting up the Mint.

“I certainly don’t want to challenge anyone to bring a court case, but I think at the end of the day we’re handling this by being proactive instead of reactive … There are no regulations and guidelines other than the narrow scope of a very vague law,” Eakman said.

So Far, So Good

Clubs exist in Austin, North Dallas, San Antonio, and Houston, and so far, none have been closed down by police, or investigated by city attorneys. They meet the criteria for not violating the Texas Penal Code by not taking a rake, not selling liquor, and not using chips to tip dealers.

The Texas Association of Social Card Clubs was organized to work with a lobbyist, with the goal of swaying congressional opinion. Tim VonKennel was tabbed to represent the organization, and he’s perfect for the task: he’s the son of a private poker room owner himself.

“The Legislature hasn’t really seen it yet because it hasn’t really existed,” VonKennel told the Chronicle. “As they pop up, I want to make sure the lege is aware of them. What I would really like to do is get these guys to become licensed with the Texas Department of Licensing and Regulation, and that way they’re absolutely certain they’re on the right side of the law.”

Meanwhile, over at the Post Oak Poker Club, it’s time to shuffle up and deal.