The Texas-based Post Oak Poker Club (POPC) in Houston is one of many new card rooms in the Lone Star State that some perceive to be operating illegally. But club owner Daniel Kebort insists that’s not the case, and told CardsChat his private membership club is completely legit. 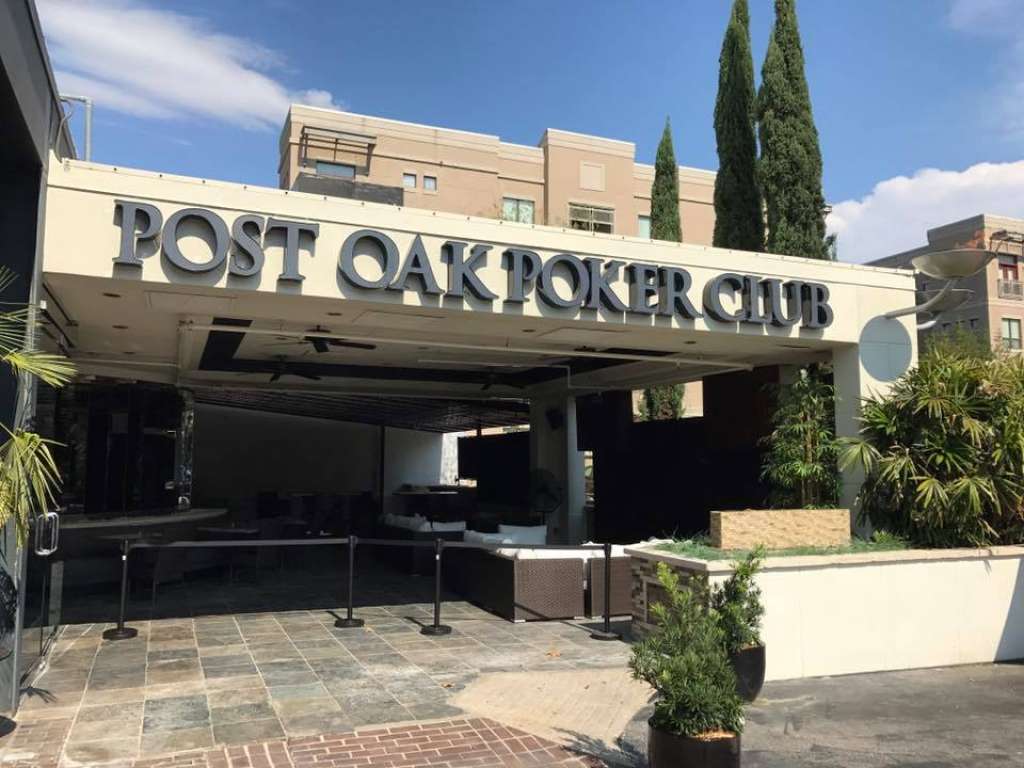 The Post Oak Poker Club in Houston, Texas is located in a high-end part of town where celebrities and even some past presidents hangout. (Image: chron.com)

Respect the Game and Community

Kebort — who previously ran a corporate catering company — doesn’t mess around when it comes to running his business. He has a passion for the game of poker, having played it for many years himself, and a respect for the neighborhood in which his club is situated, which he refers to as the “Beverly Hills of Houston” for its high-end restaurants and shops. 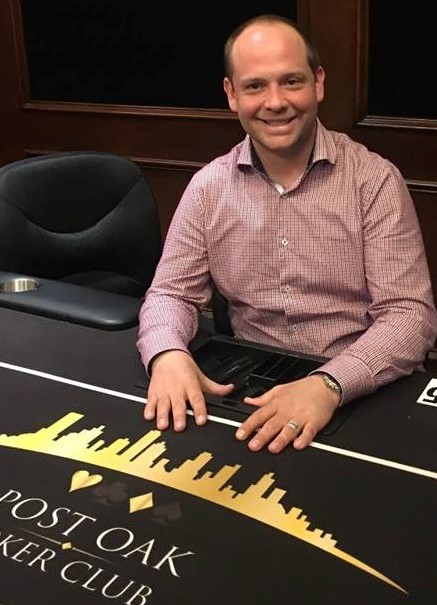 Post Oak Poker Club owner Daniel Kebort is at the center of a legal controversy, which the state’s AG will be weighing in on this summer. (Image: Courtesy Daniel Kebort)

Post Oak Poker Club is located in the same spot as the original Tony’s, a legendary upscale Italian restaurant that attracted celebrities and even former President George H.W. Bush, who lived nearby and was a regular customer.

“Tony’s Restaurant has a history in this community,” Kebort said. “So, we have a responsibility to the neighborhood we’re in to maintain high standards. Part of that is we don’t stay open 24 hours a day. The other part is I don’t want our players coming in looking like they just rolled out of bed.”

The 15-table card room opened in the summer of 2017 and has quickly become one of the city’s top places to play. Kebort says business is booming and the room often has “nine or 10” games going on any given night.

Beginning on July 28, POPC will host the Lone Star State Poker Championship, an event he’s quite proud of pulling off.

“This is really big for our club. We wanted to become the place people go to cure their WSOP hangover,” Kebort said chuckling.

The owner said his card room is partnering with the nearby Hilton Post Oak Galleria to offer special room rates to players during the event.

Business is booming. Poker players appear to enjoy the card room. But there’s another side to this type of business in Texas that frustrates card room owners like Kebort.

Texas law on casino gambling is clear: brick-and-mortar casinos are illegal anywhere, except on Indian reservations. But the social gambling law is so vague that even politicians — including Houston City Councilman Greg Travis — admit it’s unclear if private membership clubs, such as Post Oak, are operating legally or not.

There are three parameters a card room must meet to comply with the law:

The first part is clear in stating that the establishment hosting the card game must be a private place, but what is a bit confusing even to lawmakers is if these card rooms are technically “private.”

Post Oak, for example, requires all players to pay a membership fee and Kebort’s club reserves the right to deny anyone a membership for any reason. He says this business model satisfies the “private place” requirement, legally.

The third part isn’t vague in the slightest. If the house is spreading rigged poker games, the card room is operating illegally.

But it’s that second parameter that is causing politicians, poker players, and card room owners, to question their reading comprehension skills. Under Chapter 47 of the Texas Penal Code, no person involved in a poker game can “receive any economic benefit other than personal winnings.”

What Does it Even Mean?

Those who believe that Texas card rooms are operating illegally focus on the term “economic benefit,” claiming the clubs are generating revenue from the games and are, therefore, in violation of the law. But the term hasn’t been defined by state law, and that’s what is causing the varying viewpoints.

“There’s a lot of confusion over how the term should be defined,” Kebort said. “But I’m in constant contact with local authorities, advising them on what we do and they have yet to advise that we’ve broken any laws.”

So, how does the court define “economic benefit” in Texas? Does it mean a private club that offers poker games can’t charge membership fees and must operate as a non-profit? That will be up to Texas Attorney General Ken Paxton — who is scheduled to give an opinion on this issue in July — to conclude.

To continue operating within the law — which even Kebort admits is confusing — Post Oak doesn’t take out a rake in cash games, as doing so would be undeniably illegal. It’s also unlawful for dealers and cocktail waitresses to receive tips from the value at risk: meaning chips on the table being used to gamble.

“Our dealers make a good hourly wage, but they still receive tips. But they don’t receive tips from the value at risk. Instead, the players pay them with cash, not chips. The same goes for our cocktail waitresses. Cash doesn’t play in our games.”

The chips in play cannot be used to tip a dealer or waitperson. But a player has a right to pull out cash and ship a tip. Since there is no transfer of money from the “value at risk” to any staff member from a player, Kebort — who’s has spent countless hours researching the social gambling laws — believes this is a legal practice.

The Texas poker club community has its detractors. Stop Illegal Gambling Houston, which doesn’t appear to have much of a following based on it’s double-digit Twitter following, is a website that is fighting against private social poker rooms in the Lone Star State.

At first glance, the website looks professional, and it’s clear whoever runs it feels strongly about their position, but Kebort doesn’t take them seriously.

“Let me just say that there is no opposition organization,” he said. “I’m familiar with this Stop Illegal Gambling site, but they have no real influence here.”

There are no individual names attached to the anti-poker website, and a WHOIS search indicated the site was registered to a private owner. I asked Kebort if he knows who that owner might be.

Kebort doesn’t fear the cops knocking on his door because, he says, he knows he’s running a legit business. Still, he admits that dealing with all legal loopholes can be challenging, at best.

Post Oak — and the other card rooms in Texas — operate differently, for legal reasons, than brick-and-mortar casinos. 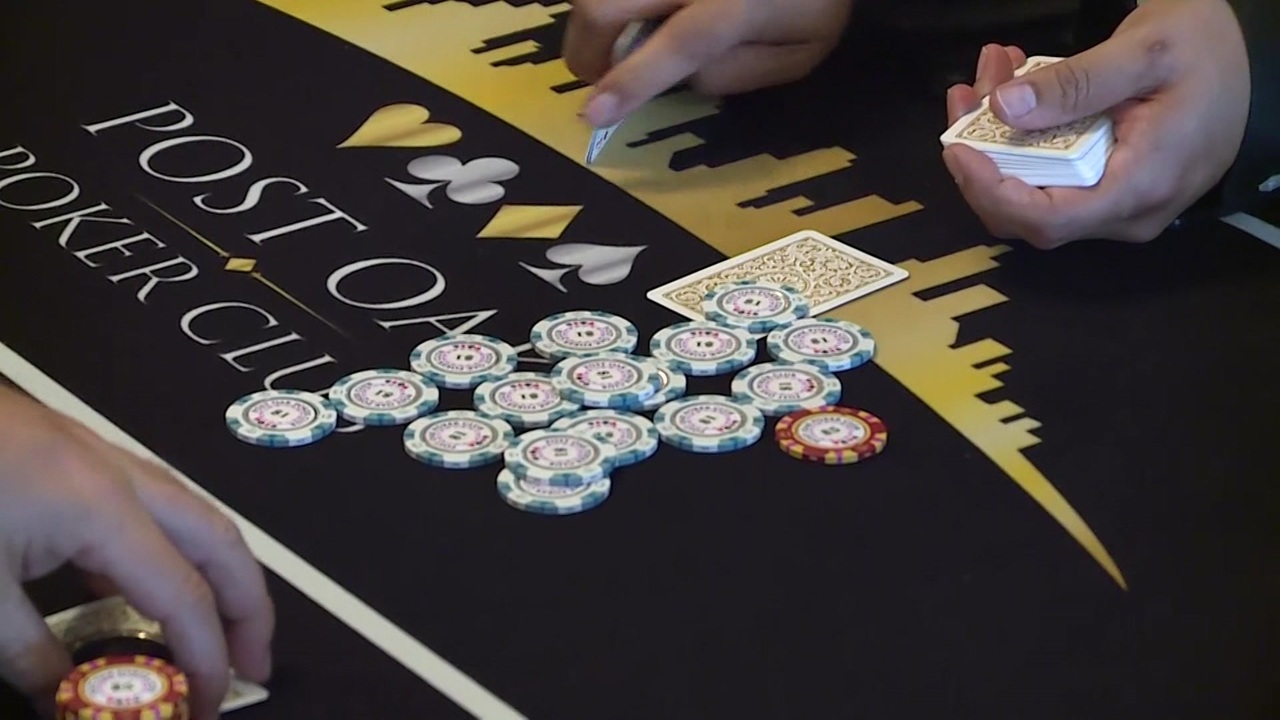 Keep your chips on the table: no tipping with chips is allowed under Texas law. (Image: Click2Houston)

Kebort’s club doesn’t charge a rake, but requires players to pay an hourly “seat fee” and additional membership dues for access to the club.

“We don’t sell alcohol because we haven’t applied for a liquor license,” Kebort advises. “Instead, we have a B.Y.O.B. bar where players pay a $5 fee to store their drinks. The waitresses will bring their drinks when they order them.”

He isn’t opposed to alcohol, but doesn’t want to enable poker players who might get drunk and start bothering other patrons. Post Oak does have a full food menu with salads, sandwiches, Asian dishes, appetizers, desserts, and, of course, a 12-ounce ribeye steak: it is Texas, after all.

The Southern Texas poker scene is rapidly growing. Card rooms such as Post Oak are finally giving area players a quality place to play cards. But the frustrating legal issues may never disappear.

The Texas AG, Ken Paxton was criminally indicted by a grand jury in July 2015 of 3 counts of State Securities Fraud charges, 2 of the 3 are first degree felonies. Arrested and booked, likely to stand trial now, in 2018. So, will he hand down his decision on this issue in July………His own people (R) are against it, they also, regardless of how his decision lands are going to propose their own legislation for clarification on poker club legality in the 2019 session. Do the poker clubs have a lobby?

I’m rooting for the poker clubs, I might be a member if I lived there, would I bet on their future, no, looks to be a long shot if they are able to operate at all much less under potentially severe restrictions that make this business model unfeasible. Good Luck! 🙂

Murky laws? The laws are black and white. Clubs like Post Oak Poker Club are clearly illegal businesses. If you’d like to read a detailed explanation why, please visit our Legal Guide: https://www.stopillegalgamblinghouston.org/legal-guide

The”value at risk” distinction on tips is something Post Oak Poker Club made up, not something based in law. Texas court case Gaudio v. State clearly found that tipping in any form violates Texas gambling laws.

Separately, we’re quite pleased if Kebort and his criminal cabal underestimate us and the very large number of people in Houston and in Texas that don’t want these illegal businesses in our communities. The reason these businesses have made up these false “loopholes” to make a quick buck is that they can’t get this sort of gambling legalized in the Legislature…nor will they.

Note that the players at Wilson County Social Club were all ticketed for gambling. Avoid Post Oak Poker Club if you don’t want the same to happen to you!