Ray Bitar, the former Full Tilt boss, has been banned from running a business in Ireland for ten years, according to the Office of the Director of Corporate Enforcement (ODCE). 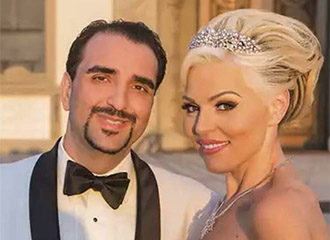 Still hustling after all these years: was it a miracle or was he just stringing everyone along? That’s the question everyone wants to know about Ray Bitar’s apparent comeback from a heart condition and poverty. (Image: cakeknifephotography)

Despite being an American, Bitar will be unable to assume the role of company director in Ireland, due to his business practices at the time of DOJ’s shutdown of Full Tilt in 2011.

During Bitar’s time as CEO of Full Tilt, he was also a listed as a director of Pocket Kings Ltd. and Rekop Limited, the two primary companies behind the online poker site.

Supporting Entities in the Firing Line

While Pocket Kings controlled the operational side of Full Tilt, the latter was part of the overall ownership structure, which meant both companies were part of the DOJ’s 2011 indictment.

Because both businesses were based in Ireland, the legal action meant the ODCE got involved in 2015. At that time, the regulatory organization ruled that executives from both companies be disqualified from running new operations within the country for the 10-year timespan.

Although the ruling was made back in the summer of 2015, the information has only recently come to light, courtesy of information published by The Times newspaper and latterly FlushDraw. After obtaining copies of the ODCE’s recently released annual report, the two news outlets found that Bitar’s name was mentioned in an appendix attached to the main report.

The penalty is markedly higher than the typical blackout period of three to five years, which suggests the ODCE has taken the matter extremely seriously.

Bitar Won’t be Back

As for Bitar, it’s unlikely he’ll be looking to start a new poker site in the next ten years, or ever.

After escaping the wrath of the DOJ with little more than a slap on the wrist, the American businessman reportedly found himself locked in another battle, this time with his health.

An apparent heart condition left him reportedly on the verge of death and virtually broke, according to WSOP bracelet winner and former Full Tilt pro, Allen Cunningham.

Yet despite being given just two years to live, Bitar reemerged in 2015, looking just fine. Although certainly slimmer than he was before Black Friday, Bitar looked extremely happy as he posed for pictures at his million-dollar wedding in California.

Who paid for the nuptials is unclear, as is how he made an apparent comeback from the jaws of death. But perhaps, as Mark Twain once said, the rumors of his death had simply been greatly exaggerated.

The question, of course, is by whom. . .and for what purpose.