If you’re fatigued by poker tournament series that are exclusively No-Limit Hold’em or Hold’em sprinkled with a little bit of Omaha, you’re far from alone, even if those have been the game’s most popular variants for years. Now though, in an attempt to grow an underserved niche, Tampa, Florida’s, TGT Poker & Racebook will be running an all-mixed-games series in early June. 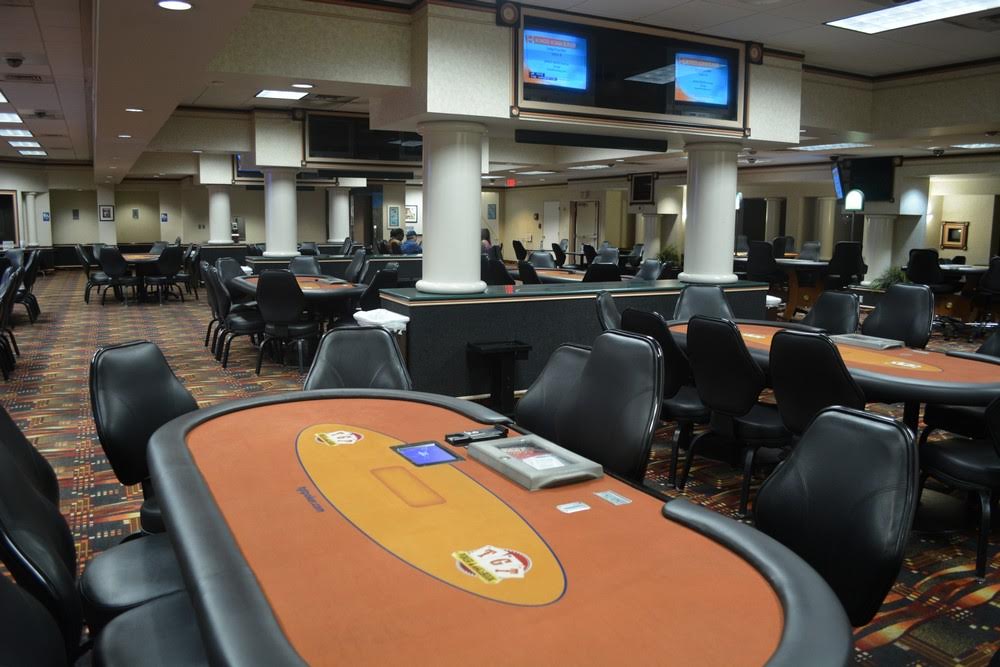 Titled the “Tampa Mixed Games Poker Series,” the eight-event offering will run from June 1-5, and promises to serve up a different form of competition to its poker audience. It’s the first time the room has tried such a format, and it’s highly unusual for any poker series, anywhere, to go the all-mixed-games route.

The series even includes a nod to the WSOP’s prominent $50,000 Poker Players Championship, with its own eight-game-mix main event, though at rather more modest stakes: the eight-game main event carries a $500 buy-in and a $15,000 guarantee.

Nevertheless, it’s an unusual poker idea to try something different (and potentially less popular in terms of turnout) than going for the same old thing. “If you’re tired of hold’em, this series is for you!” the room’s ad on a local networking board promises.

CardsChat News checked in with TGT Poker’s room manager, Jacob “JD” Mast, to learn how the series came about. “We’ve run a mixed-game WSOP league before COVID,” explained Mast, “and the guy who runs it has been trying to build mixed games in the area. They play a [mixed games] cash game here once or twice a month. I talked to him about running a tournament format, you know, to maybe get some more people involved that don’t want to try it for cash. So we had a few meetings with a couple people that play and kind of put it together.”

Out of those talks came the five-day series, which promises to take up a good section of TGT Poker’s 14-table room. The series kicks off on June 1 with a PLO/PLO8 tourney, and includes less common offerings as mixed triple-draw, Dealer’s Choice, and HORSE. The big, eight-game-mix main event — the Tampa Poker Players Mixed Games Championship — will start on Saturday, June 4. That event will likely run two days, while a last-chance PLO event wraps up the fun on Sunday.

While the series and its main event are designed to mimic mixed events found in larger series, there have been a few tweaks to appeal to local preferences. Take Limit Hold’em, for instance, which Mast explained just wasn’t working for his room’s players. “We were finding that people just didn’t enjoy the whole segment of [Limit Hold’em] so I tried to eliminate that in the main event.”

Mast rationalizes that with No-Limit Hold’em already in the mix for that event, the fixed-limit rotation would be repetitive as well as unpopular. Instead of limit, Mast opted for a second lowball-draw offering, A-to-5, joining the 2-7 lowball already part of the traditional eight-game format.

Limit Hold’em isn’t disappearing entirely from the series, however, as it remains part of the traditional HORSE mix in an earlier event. And while Mast declared that his eight-game main event is designed after the WSOP’s famed $50,000 PPC, there’s one other wrinkle that won’t be found in the Tampa version.

For several years, due to television demands, the WSOP’s PPC has switched to a No-Limit Hold’em-only format at its final table. TGT Poker’s eight-game finale, however, will stay true to its initial rotation throughout.

Mixed-games tourneys definitely aren’t for everyone. They are, however, an enjoyable diversion for many players. In early June, TGT hopes that enough players will find the change to be entertaining, intriguing, and a concept worth repeating in the future.