Sylvain Loosli battled back from a short stack at the start of the final table to capture first place in the €10,300 ($11,500) No-Limit Hold’em High Roller event at the European Poker Tour Monte Carlo. 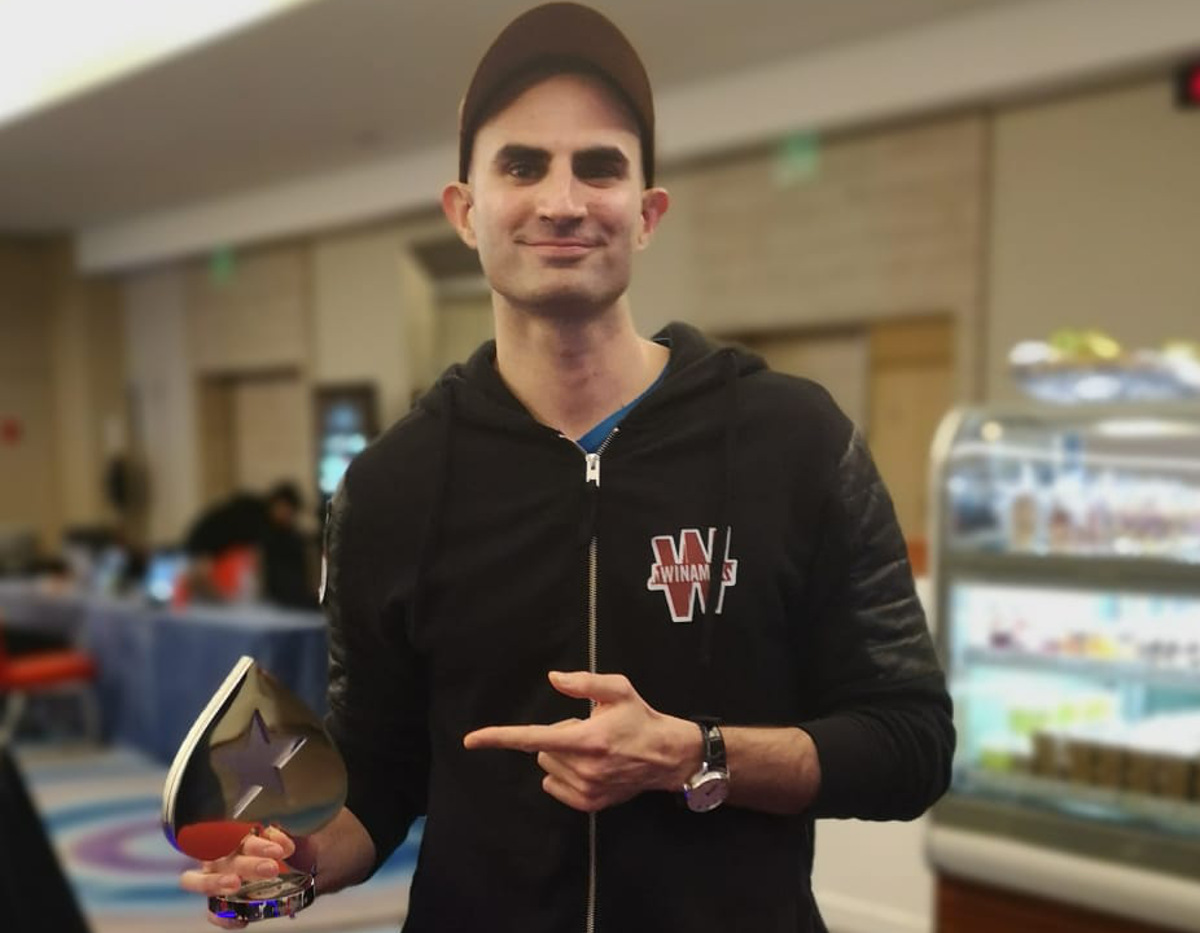 When the final six players came back for Day 3 of the event, Loosli was sitting on the shortest stack, as his 182,000 chips represented only about 15 big blinds. Not only would he have to contend with chip leader Charlie Carrel on right with 1.5 million in chips, but he was also dealing with a highly talented table that included the legendary Erik Seidel along with Joao Vieira, Seth Davies, and Georgios Kitsios.

Early on, Loosli moved up the pay table by watching some of his rivals bust to bigger stacks. Vieira went out in sixth place when his AJ ran into Carrel’s AK. Soon thereafter, Seidel would be the next to go when he failed to improve against Carrel’s pocket nines, dropping him in fifth.

That left Loosli as an even clearer short stack at a rapidly shrinking table. But two double-ups – including one in which he flopped two pair with Q♥J♠, then got a call from Carrel’s A♥A♣ — put him back in the thick of the action.

Carrel would ultimately be eliminated in fourth place, as he failed to complete a flush draw against Kitsios’ own pocket aces. That gave Kitsios the chip lead with about 2 million, ahead of Davis and Loosli, who continued to nurse a short stack at just under 500,000 chips.

But Loosli got the break he needed soon after three-handed play began, as his A♠9♣ outraced Kitsios’ A♥J♠ to bring all three stacks within striking distance of each other. When Davis was later eliminated by Kitsios, it left the two remaining players virtually dead even in chips for heads up play.

Although the heads-up chip lead would be traded several times, Loosli managed to take control, holding about a 4-1 advantage heading into what would become the final hand. Kitsios shoved from the button with K♥5♠, only to be called by Loosli’s A♦5♣. Kitsios never improved, handing the title to the French pro.

After winning, Loosli credited his success to a combination of some lucky doubles and his own level of comfort working with a short stack.

“I’m very comfortable with ICM decisions at final tables, so sometimes you have to play tighter, sometimes you can play more hands, especially when you get short-handed,” Loosli told PokerNews. “If you’re one of the shortest stacks, you can obviously take more risks, to put it simply.”

While Loosli has larger cashes in his career – he famously finished in fourth place in the 2012 World Series of Poker Main Event – this was still a significant win, as it marked his first tournament win since winning the €10,300 Pot Limit Omaha event at the PokerStars Championship Barcelona in August 2017. According to the Hendon Mob database, Loosli now has over $7.3 million in career earnings, ranking him fifth on France’s all-time money list.

Congrats to the Sylvain Loosli. He had very strong opponents, especially at the final table, but nevertheless he won! Good luck to him in the future!