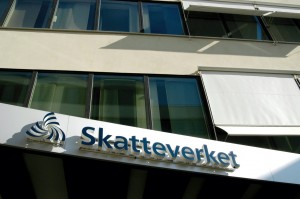 Sweden poker tax evaders are under the microscope, as the Scandinavian country is cracking down to enforce laws surrounding online gaming by punishing those who refuse to pay up.

According to multiple industry reports, Swedish tax authority Skatteverket has begun looking as far back as November 2012 and recently improved its effectiveness for finding players that have not paid taxes.

Skatteverket Not Kidding Around

According to an interview conducted on Swedish Radio News, Skatterverket spokesperson Dag Hardyson stated that the tax organization was actively investigating players by presenting screen names of poker grinders to various known offshore tax havens. The goal, according to Hardyson, is to have those havens report back the real names of those players whose home is in Sweden. Poker players have purportedly been hiding money in those tax havens, in an effort to avoid paying taxes.

Typically, tax haven countries are under no obligation to divulge that information. Historically that’s been the status quo, but according to the interview, that’s changing.

Hardyson said that he’s pretty certain that this is the first time they’ve tried to get information on unidentified players and that they’ve “been getting excellent information” from those they have contacted. Ominously, at least for Swedish poker players, Hardyson said that their efforts have really paid off. Ultimately, the report means that Swedish authorities have had a possible breakthrough in their investigation techniques to become far more efficient and effective.

According to the interview and various reports, when the investigations began about two years ago, various players’ homes were raided. In addition, letters were sent to players demanding all details regarding poker and gambling activity played online.

More recently, the investigations have already uncovered approximately 50 online poker players who have not paid taxes on winnings at sites that are not located within EU member states. Sweden does not tax winnings from sites licensed in the EU, meaning sites operated from Malta or Gibraltar are not affected.

The question many players and international business people want to get an answer to is why the tax haven countries are divvying up this information now, after so much discretion in the past. Apparently, agreements with various tax haven countries first started occurring in 2009, when a reciprocal exchange of information was negotiated. So far, no details as to which tax havens were cooperating.

Most of the 50 players being investigated are of the high-roller variety, and have apparently made large sums of money playing online. According to one report, it is estimated that Swedish tax authorities are aiming to get approximately €27.5 million ($34.9 million USD) worth of unpaid taxes from these players.

Once the names of the outstanding 50 players have been identified, they will immediately be told by Skatteverket to pay all outstanding taxes, along with fines which might reach six-figures (in USD) for failing to pay taxes according to Swedish law. The amount of taxes Sweden is able to generate from online poker is quite high, as the game remains very popular with the population. However, not all players prefer to play on EU-licensed sites, regardless of the tax-free benefits.