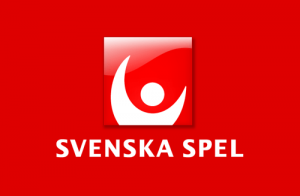 Sweden’s own Svenska Spel has grown into one of the country’s most popular gaming sites, leaving big names like PokerStars far behind, according to a new survey.

Swedish regulator Lotteriinspektionen took a survey of the various gambling habits of the country’s players and among the questions was which sites were customers’ favorites at which to play.

PokerStars landed in seventh place, far behind the monopoly of Svenska Spel and other familiar standbys like Unibet and Bet 365.

Despite the efforts of larger gaming entities continuing to evolve their business models in hopes of capturing the players of an ever-expanding market, those strategies don’t always pay off.

PokerStars’ entry into casino games may prove to be controversial, but when looking at the survey results in Sweden, it could be a move that eventually pays off in certain countries.

In Lotteriinspektionen’s survey, only 1 percent of respondents said they regularly played at PokerStars, with an increase to 4 percent when the age group of players was restricted to 18-29 year olds. Four percent spent their time at Unibet and 2 percent at Bet365. Svenska Spel led the pack, with a total of 59 percent of players saying they spent most of their time there.

What’s important to note is that the survey is not exclusive to poker, and also includes casino games and the lottery. Only 4 percent of the surveyed players had participated in online poker, which is a decrease of 5 percent from the figures seen in the 2013 survey. So as small as PokerStars’ one percent sounds, it has a nearly 25 percent market share of Sweden’s online poker market.

A different publication also polled players on which sites they frequented the most when playing online casino games in the past year. Unibet was at the top of the list, with 18 percent of the vote, while Svenska Spel came in ninth, with PokerStars in 13th place.

Interestingly, 33 percent of Swedish players believed that the offshore sites they play at are regulated in Sweden. Eight out of ten players wouldn’t know where to find any resources if they were concerned they had a gambling problem.

The surveys also revealed that there were no differences in the gambling habits of men and women who played every day. Additionally, there was no major variation between age, education, and income level, either. Sweden’s results are quite different from the gaming habits of other countries, which usually show differences when taking these factors into account.

The significance of casino games being represented in the survey does give PokerStars an important foot in the door, however. After being acquired by Amaya Gaming, PokerStars is gradually beginning to offer casino games along with its regular poker activities. The decision has been met with much controversy across the poker world, as many professionals and fans express both hesitation and excitement.

In early December, European Poker Tour (EPT) champion Victoria Coren Mitchell announced she was leaving her sponsorship deal with PokerStars that she had since 2007. Some pros, like Coren, feel they cannot endorse casino games as they might pull regular players away from poker. Others, like PokerStars’ major sponsored pro Daniel Negreanu, believe that poker isn’t that far removed from casino games at its core.

Though it may be a generally controversial move for Amaya and PokerStars, casino games have their place in Sweden’s gaming market. If the site brought casino games to Sweden, it could likely steal a chunk of the market share from Unibet and Bet365, while giving Svenska Spel a run for its money.