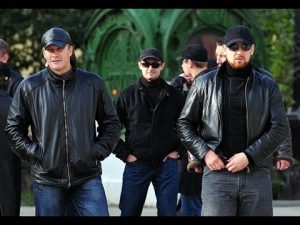 Criminals with possible links to the Russian Mafia have been accused of running illegal poker games in Brooklyn. (Image: YouTube.com)

Russian mobsters in charge of an underground poker network in Brooklyn have been busted by the cops in a series of surprise raids.

The nine men arrested by federal agents are believed to be members of a gang with links to a Russian group known as Thieves in Law.

Infamous throughout Eastern Europe, Thieves in Law is a collective term for organized crime syndicates that subscribe to a single honor code.

Originally linked to prison gangs, the term is now used to define major crime groups that are known collectively as the Russian Mafia.

In short, anytime the authorities suspect someone is associated with the Thieves in Law, they’re probably bad news and that seems to be the case with those arrested in Brooklyn.

According to a 10-count indictment unsealed in Brooklyn Federal Court, the men arrested have been accused of making millions of dollars through a combination of racketeering, extortion, illegal gambling, and drug trafficking.

Allegedly reporting to and sending money to mafia dons in Russia, the group of men are said to have used threats and violence to retrieve debts. Not only that, but the group was also in charge of an underground poker den that’s believed to have seen players bet as much as $150,000 per hand.

Although details of the operation have been kept to a minimum, federal agents have traced the potential venue to a building on Coney Island Avenue, Brooklyn.

Dressed up as an auto leasing and private security business, the building was actually nothing more than a front for the illegal poker games.

The Darker Side of Underground Poker in New York

New York has long hosted a thriving underground poker scene. Because of laws that make it illegal for venues to host real money poker games, organizers have been forced to hide their games from the public.

In general, these underground games are run by honest hosts who are simply trying to offer local players a place to play. In fact, the famous Mayfair Club where the likes of Erik Seidel and Dan Harrington got their start was technically an “underground” poker venue.

However, the games supposedly organized by the Thieves in Law appear to have been a lot less salubrious. Although it hasn’t been confirmed, poker games organized by criminal gangs often involve money laundering and drugs.

If this is the case, then the men arrested could face lengthy prison sentences or, potentially, deportation from the US.