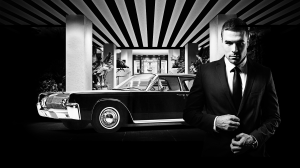 Superwins – a new Lock Poker skin – is having trouble attracting players following issues with Lock’s player payouts in the past (Image: Superwins)

US-facing Lock Poker has gained a reputation for long payouts for online poker players. In some cases, there are customers who have requested withdrawals well over a year ago and have yet to receive their money. So when new online poker site Superwins.eu launched last week as a Lock Poker skin, the skepticism roared across the Internet forums.

Lock Poker left Revolution Poker Network last year and became an independent site, partly due to the payout issues with customers and the subsequent negative reputation that Lock had gained. Superwins then launched as the only skin of Lock, and there is some shared liquidity between the sites, though the management teams and cashier systems are reportedly separated. The new site is off to a slow start, though, because of the hesitancy of players to invest in a site owned by Lock.

Superwins is run on the same network as Lock Poker, and the chief executive of Lock, Jennifer Larson, is also the person who registered the Superwins domain. Some of the tournaments on both sites, as well as many of the cash games, are shared by Lock and Superwins, though the high-stakes cash games are separated and remain only on Lock at this time. With everything else – cashier, management, staff, customer service – separated, however, the new site hopes to make a name for itself. A Lock Poker representative commented on one forum: “This site is not related to Lock but is on the same global platform as us.”

Some in the online poker forums have speculated that Lock Poker, complete with ever-increasing debt, may be on the verge of shutting down and declaring the outstanding funds unobtainable, while Superwins will build on its own and take over all of the players. Others wonder if the goal is for Superwins to increase its player base and profit in order to help get Lock Poker out of the hole.

Either way, the new site is having difficulties bringing players to the tables and encouraging deposits, as players fear they may not see their funds again.

Forum poster IHasTehNutz has been instrumental in tracking the outstanding payments for Lock Poker players, and his most recent calculations show that there are 357 players with withdrawals pending that total more than $921,000. A handful of players were paid in November 2013, but the majority of them have yet to hear anything regarding estimated payment dates from Lock Poker’s customer service. Outstanding withdrawals date back to November 2012.

Sites that track Lock Poker payments have reduced the letter grade of the website to an F, or even F minus. Players are trying to sell their funds on the site at pennies on the dollar, but no one is buying.

Recently, Lock Poker also removed all of the members of their sponsored team from the website, and they have yet to respond to inquiries regarding the status of those players. There have been no confirmed reports that the pros were dropped from the team roster, but those players are hesitant to speak as well.

Leaves me to believe that original philosophy is correct. While and if I win any money on one of these on line poker sites, (which is almost beyond the rim of possibility) the money would never be forthcoming in any event.

Only solution to keep these crooks in check is for Uncle Sambo to make on line poker legal, and institute strict regulations on who can open a poker site, that site will be honest and withdrawals will be guaranteed.

I can’t imagine anyone making a deposit on one or any online poker site.

But, to be fair, after Black Friday, I requested total withdrawal of my BR from Poker Stars. And, a couple of weeks later, a check arrived at my home for amount due. It was not a great deal of money. But, it was my money. And, Stars did pay out.