Super High Roller Bowl at Aria Back in 2017, Begins May 28th

The $300,000 buy-in Super High Roller Bowl is coming back for a third season, per a Poker Central press release. This year’s event, held at Aria Resort and Casino in Las Vegas, takes place May 28-31. 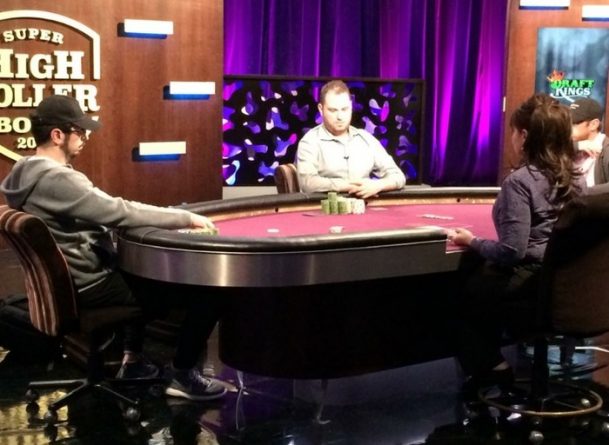 There is a 50-player maximum in this televised tournament. Last year’s edition sold out in less than two weeks. The event will be produced, for the third straight year, by Poker PROductions, the same company that has produced the World Series of Poker and many other televised poker shows over the years.

The tournament will set aside 15 entries for non-professional poker players, including a celebrity who will be announced on a later date. That leaves 35 seats for the pros. In the past, players such as Brian Rast, Phil Hellmuth, Daniel Negreanu, Erik Seidel, and Antonio Esfandiari have competed in this super high roller event.

Unlike nearly every tournament in the world, this one doesn’t take a rake. All $300,000 from a buy-in will go towards the prize pool which will be $15 million once it sells out. First place is guaranteed $5 million.

Wealthy businessman and avid poker player Bill Perkins has already announced he will be competing for the third straight year. Expect more players to follow suit in the coming days.

Last year’s tournament (May 29-June 1) was the start of Fedor Holz’ magical summer. But it was Rainer Kempe coming away with the $5 million 1st place prize, one of the biggest non-WSOP payouts in poker history.

The first edition of the Super High Roller Bowl took place in 2015, a few months prior to Poker Central’s initial launch. Brian Rast defeated Scott Seiver in one of the most intense heads-up poker battles ever. The two poker stars went back and forth for hours before the Rastinator finished him off.

Erik Seidel is the only player to make the final table in both years. The poker legend seems to make a deep run in every high roller tournament. He finished in 7th place the first time around.

Poker Central hasn’t announced television deals for the 2017 edition at this time.