Super Bowl Sunday is still 13 days away, but the bets are already rolling in. The Kansas City Chiefs opened as a tiny, 1.5-point favorite over the San Francisco 49ers in what should be an exciting, high-scoring affair. 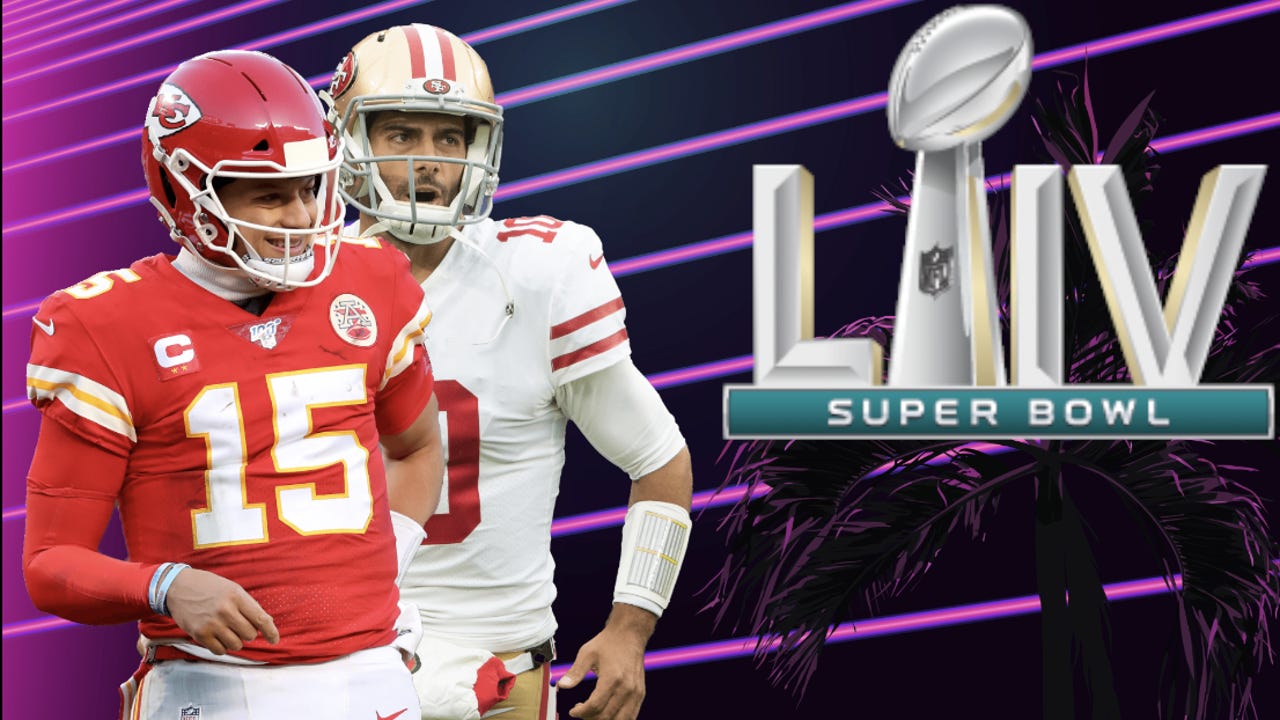 Patrick Mahomes and Jimmy G are ready to lead their respective teams to a Super Bowl title. (Image: USA Today)

Kansas City rallied for the second straight week and defeated the Tennessee Titans, 35-24, in the AFC Championship Game. The Chiefs trailed 17-7 at the start of the second quarter, but the offense, behind quarterback Patrick Mahomes, turned it up a notch before the half.

The Chiefs went into the locker room up 21-17, and didn’t look back for the rest of the game.

Tennessee moved the ball effectively early in the game, but the offense was stagnant in the second half. All-Pro running back Derrick Henry, who had just 69 yards on 18 carries, was a non-factor much of the game.

Over in the NFC, Green Bay traveled out to San Francisco to take a beating. The Packers’ offense was offensive in the first half, and the defense couldn’t stop the 49ers’ running game. Backup running back Raheem Mostert had an historic day, becoming the first running back with at least 220 yards rushing and four touchdowns in NFL playoff history.

The close betting line — 1.5 points — is a telling story. Las Vegas expects a close Super Bowl game, unlike the College Football Playoff championship game in which LSU made mincemeat of its opponent, Clemson, 42-25.

There’s good reason for the oddsmakers to expect a close battle, and for the fans to expect an exciting contest. Both teams have high-powered offenses. Kansas City ranked sixth in the league in yards per game (379.2), and fifth in scoring (28.2 points per game).

But, the Chiefs are better offensively than those numbers indicate. Mahomes, the 2018 NFL MVP, missed two games and played injured through part of the season. He’s now healthy, and the offense is moving the ball more efficiently, averaging 419 yards and 43 points per game in the playoffs.

San Francisco’s offense ranked fourth in yards per game (381.1) and second in scoring (29.9 points per game). So, if you’re expecting a grind-it-out, low-scoring affair on Super Bowl Sunday, you might be disappointed.

Based on those numbers, it’s no surprise that the over/under opened at 53.5 points, and it won’t be shocking if the final score crushes that number. That said, we’ll save our picks for when we get closer to game day.

I really like American football, one day I will still watch a final at the stadium, for sure it will be a very exciting day, regarding the bets I never get along just lose