Brazil’s AAAArthur is the latest Sunday Million champion and more than $1 million richer after paying just $11 to qualify for PokerStars’ landmark event. 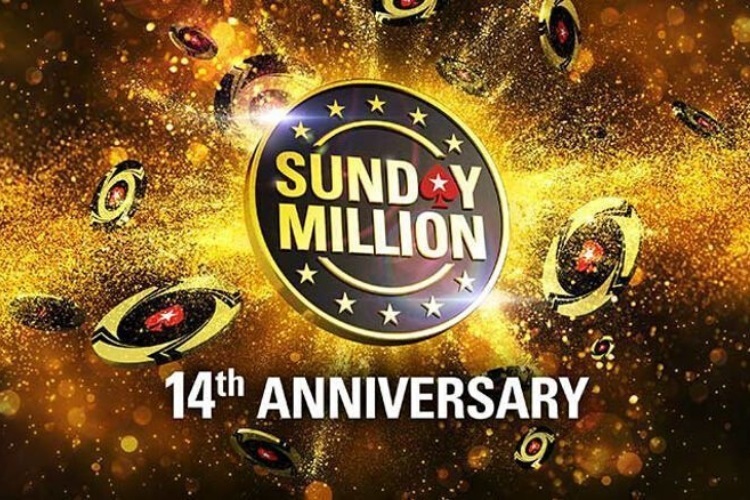 AAAArthur turned an $11 satellite ticket into an ROI of 10,843,654% by winning the 14th-Anniversary Sunday Million. (Image: PokerStars)

The combination of guaranteed cash and a global pandemic meant the 14th-Anniversary Sunday Million broke records this week, attracting 93,016 entries and generating an $18,602,300 prize pool.

That was enough to ensure the top-two finishers would win more than $1 million each. However, when the final cards were dealt, only AAAArthur banked a seven-figure sum.

Underdog Rises Up to Win


Heading into the tournament’s final day on Tuesday, the Brazilian was barely an afterthought. With a host of familiar names in the final 91, including the UK’s Jack Ellwood, AAAArthur was a long shot to win.

Indeed, it was only by virtue of a satellite that he was in the $215 event at all. However, as is often the case in poker, fortune favors the brave. When 91 players became just nine, AAAArthur struck first.

By eliminating Paulius ‘D3cor’ Vaitiekunas in ninth place, the satellite qualifier solidified his position at the final table. As aggression took hold, AAAArthur stood firm and remained a bastion of calm as those around him took chunks out of each other’s stacks.

When the dust finally settled and just four players were left, thoughts turned toward a deal. At this point, calculations led the discussion. When stack sizes were taken into account and the numbers crunched, AAAArthur took the lion’s share of the pot.

Next in the counts was Stefan “CrAzY_sTeFaN” Piele Dragos, followed by caroline2963, and salonteskis. Although everyone was assured at least a six-figure payday, an extra $50,000 and the Sunday Million title were still on the line.

This was AAAArthur’s time to shine. After eliminating salonteskis and caroline2963 in quick succession, he entered the final battle with the chip lead.

A mini-comeback from CrAzY_sTeFaN almost spoiled the party, but AAAArthur was able to get it done with pocket deuces.

Pre-flop, AAAArthur raised from the button with deuces. CrAzY_sTeFaN returned fire by moving all-in from the big blind with pocket fives. A call from AAAArthur took the action to the board.

The J♣J♦2♣ flop gave AAAArthur a full house and a virtual lock on the hand. With just four outs, CrAzY_sTeFaN could only hope for a miracle. That never came as the A♦ and 6♦ completed the board and gave AAAArthur the win.

When the avatars had faded, AAAArthur stood as the latest Sunday Million winner. In addition to winning the biggest event of its kind, the Brazilian surpassed his previous biggest cash of $90 by a staggering $1,192,712.

A true Cinderella story. 3 days of playing to practically change your whole life forever. I tried to follow the action of popular streamers such as Lex Valdehus and Spraggy, they both made the money, but nowhere near the insane amount that the top 10 held.

The total prize money nearly reached 20 million! Maybe next year I’ll get piece of that action 🙂