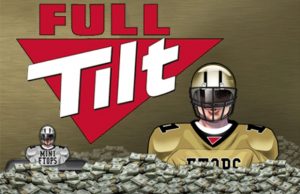 The popular FTOPS (Full Tilt Online Poker Series) returns to Full Tilt for its 2016 edition beginning on February 21st, and this one may be the poker site’s most important series ever.

Full Tilt Poker, prior to Black Friday in 2011, was right up there with PokerStars in terms of popularity. But that all changed when board members, including Howard Lederer, received millions in bonuses despite FTP’s inability to pay out American players due to a lack of sufficient reserves at the time.

Lederer, previously one of the game’s most revered stars, along with another legend, Chris “Jesus” Ferguson, is blacklisted from the poker world for what many consider to be being an accessory to cheating poker players out of the return of their own money.

The negative PR the poker site received following Black Friday led to a huge drop in its popularity. After ownership struggles, the parent company of PokerStars, Amaya Inc., bought the site in 2014.

Can FTOPS Save FTP?

FTOPS is one of the most recognized online poker events in the world. It ranks up there with events such as WCOOP and TCOOP. This year, for FTOPS XXIV (FTOPS 24, as the NFL now says for their Super Bowl), FTP is doing things a bit differently.

Traditionally, a MiniFTOPS series occurs the month following the main series, featuring lower buy-in tournaments. This year, there won’t be a MiniFTOPS. Instead, FTP is mixing in a wide range of buy-ins over 46 events in FTOPS itself.

The series will conclude with the FTOPS Main Event on March 13th. That tournament has a $500 buy-in and a $250,000 prize pool guarantee.

The first FTOPS event of the year, taking place on February 21st, is a $100 buy-in tournament with a $100,000 guarantee. And Full Tilt guarantees at least $1 million in prize pool money will be paid out over the course of FTOPS XXIV.

A successful FTOPS series won’t guarantee increased website traffic going forward for Full Tilt, but it certainly couldn’t hurt. It should be noted that US players aren’t eligible to enter FTOPS events or play at Full Tilt Poker.

Winning an FTOPS tournament, especially the Main Event, gives the winner some name recognition online. Some of the big names who have an FTOPS Main Event title to their names include Alec Torelli, Matthew Waxman, and the most recent winner, Mustapha Kanit.

The series began in August 2006, back when FTP was dominating the online poker world. Back then, 1,468 players signed up for the first Main Event. The tournament had an increase in players for almost every season through to February 2010.

FTOPS’ final pre-Black Friday Main Event in February 2011 had a record 14,479 players. Just three months later, FTOPS XX Main Event had just 4,666 players, which is still 3,406 more than the most previous event, nearly a year ago.

It just goes to show how far Full Tilt Poker has dropped in popularity in recent years, and why the poker site needs a smooth series later this month.

Well they better recover, I still got some money en FTP

It only makes sense for the US to allow us to play globally. Big tournaments = lots of prizes= big poker economy. That was the only true value of poker pre black Friday. Investors call it the network effect!

Hopefully we can see smaller versions in New Jersey before Global opportunities.