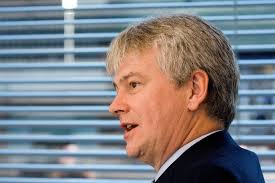 The bwin.party takeover saga never seems to stop producing more dramatic twists, and that hasn’t changed even now that GVC Holdings was supposedly locked in as the winner in the battle to acquire the online gambling firm.

Doubts are now surfacing about whether bwin.party will remain committed to the deal after GVC’s stock price has fallen in the wake of the offer being accepted.

Were GVC’s bid being completed entirely in cash, it is unlikely this could have an impact on the acquisition.

But GVC planned to fund its deal by offering shares of the company to bwin.party shareholders, making the value of those stocks fundamental to the agreement.

While 888 Holdings had also offered a mix of cash and stock in their takeover bid, their stock price has remained relatively steady, meaning their bid would be valued similarly to when bwin.party last considered the two offers.

Whether this could actually impact bwin.party’s decision is purely a matter of speculation.

But while the company said that their decision to choose GVC wasn’t all about the value of the bid, there are reasons why the company might have preferred to sell to 888 had the two potential buyers been offering equivalent deals.

For starters, 888 is a far larger and more established online gambling business, which could put it in better position to take advantage of the assets it takes over from bwin.party.

It would be able to add virtually every product bwin currently offers customers to its portfolio, something that could provide significant value for stockholders.

On the other hand, GVC has no interest in keeping all of bwin.party’s current assets. It has been suggested that GVC would instead sell off the casino and poker assets that came from PartyGaming, focusing instead on the sports betting side of the business that has long been bwin’s strength.

While that plan seems sound for GVC, it has led some to question whether it would provide as much long-term value for bwin.party stockholders.

That, in turn, fueled speculation that it was the significantly higher value of the GVC proposal that attracted bwin.party, and in turn is now leading some to question whether they might reconsider given the downward trajectory of the GVC stock price.

Bwin.Party Shows No Signs of Backing Out

It is important to point out that there has been absolutely no word from bwin.party that would suggest they are rethinking their decision.

When bwin.party chairman Philip Yea announced that the company was accepting GVC’s bid, he pointed to a number of factors that have not changed since that time.

“In recommending the offer from GVC, the board has taken into account many factors including, but not limited to, the headline value per share, and the consideration being offered, the level, timing and deliverability of the financial synergies to be generated, and the enlarged group’s growth strategy in an increasingly competitive marketplace,” Yea told the London Stock Exchange in a statement.

That increasingly competitive marketplace has led to a number of recent mergers and acquisitions in the global gaming market. Much of this activity has been due to an increase in regulation and taxation of gambling, particularly in the online arena.

if you own stock in gaming corporations , you are gambling ! I predict a long slow decline for the whole lot of them .