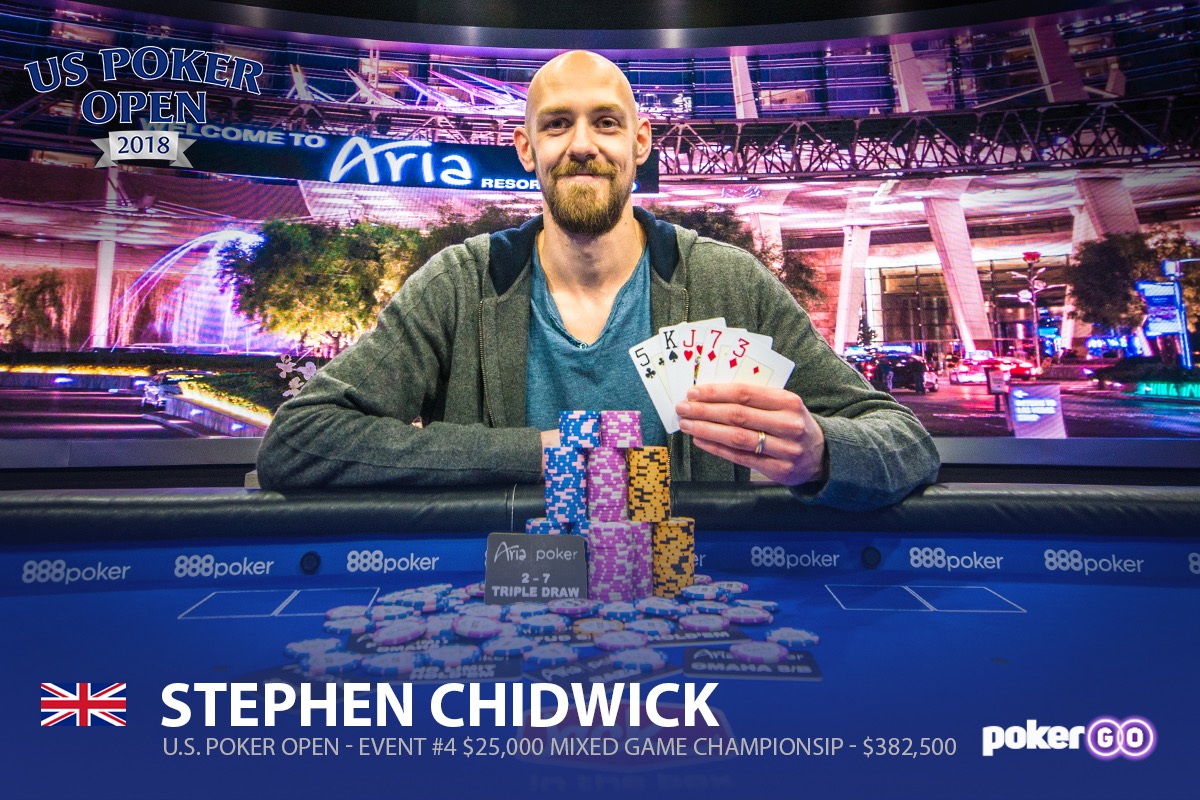 Stephen Chidwick took down back-to-back US Poker Open events for $810,900 in prize money. His next closest competitor in the standings is Chris Vitch with $247,500. (Image: Poker Central).

The title eventually came down to Chidwick and two-time bracelet winner Chris Vitch in a hand of 2-7 Triple Draw. Vitch raised holding Q-5-4-2-2 and Chidwick called with Q-9-7-5-5. They then drew two and three cards, respectively.

Chidwick check-called a bet and once again drew three. Vitch took one. Vitch then bet all in and Chidwick called before taking just one card on his final draw. Vitch also drew one and paired his jack. Chidwick pulled a king for a king-high hand to win the title.

“Winning two $25ks in two days, I can’t think of anything that would top that,” Chidwick said after the win.

Chidwick has pulled out to a commanding lead on the US Poker Open leaderboard with $810,900 in winnings. In fact, Vitch is his next closest competition with $247,500 while Keith Tilston sits with $242,000. The player that has the most winnings at the end of the series will be crowned the inaugural US Poker Open champion.

“The trophy will be a very nice cherry on top if I can close this out.,” Chidwick added. “I think I have a pretty good shot right now. I’m excited to push hard through the last five days of poker and then take a few weeks off and go skiing.”

“You feel pretty good about having a mountain of chips,” Gorodinsky told USPO officials after the win. “I was prepared but also feeling pretty good.”

The US Poker Open runs through the weekend with two more $25K NLHE tournaments and the series-ending $50,000 Main Event.

Stephen Chidwick has been amazingly prepared to win 2 out of 8 events with a late registration on the second shows us that preparation and good play is always rewarded.