The United Kingdom had quite a Saturday at the 2019 World Series of Poker. Stephen Chidwick and Luke Schwartz, both from England, each earned a bracelet in a high stakes poker tournament. 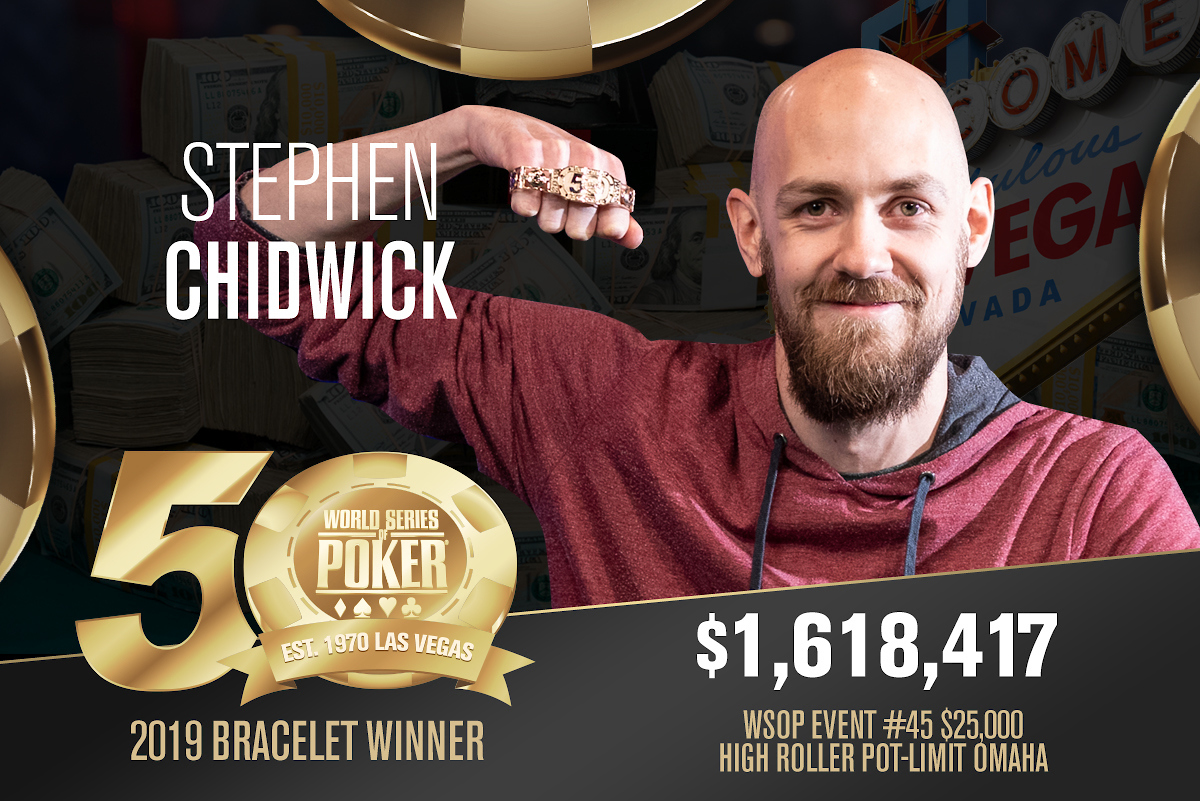 Stephen Chidwick, one of the top high rollers in the world, wasn’t the only player to hit the $1 million mark on Saturday. In fact, he wasn’t even the only one to earn a seven-figure payday in the event he played.

Chidwick, who specializes in no limit hold’em, has found some recent success in PLO. Back in February at the US Poker Open, he took down the $25,000 Pot Limit Omaha event for $351,000. With nearly $25 million in career cashes, including 53 for $3.76 million at the WSOP – Stephen is England’s all-time winningest live tournament player by a sizable margin over Sam Trickett ($20 million).

The British high roller conquered a difficult final table on Saturday that included Robert Mizrachi and Erik Seidel. To show you how consistent Chidwick has been in poker tournaments over the years, he has over $25 million in cashes but his recent PLO title for $1.6 million was his biggest score. That means he hasn’t run up a huge career figure based on one or two massive scores.

Doug Polk has never been one to shy away from calling out players he feels aren’t very good at poker. That list includes 2016 WSOP Player of the Year Jason Mercier and Luke Schwartz.

Over the past couple of years, Polk has taken shots at Schwartz for his lackluster online poker results. He’s even gone so far as to turn Luke’s downward online poker graph into a meme.

I felt it was time to update my artwork with some dank memes.https://t.co/ykwrKmdn6y pic.twitter.com/utaAutqTzb

But on Sunday, Schwartz got the last laugh. The often mouthy and opinionated British poker star shipped the $10,000 Limit 2-7 Lowball Triple Draw event at the 2019 World Series of Poker. He earned $273,336 and his first ever gold bracelet.

Schwartz has never been a regular WSOP grinder as he now has just five cashes. He also cashed – 18th place – in the $10,000 Dealers Choice 6-Handed earlier this month for $14,818. That was the first time he had finished in the money in a WSOP event since 2013.

Like Chidwick, Schwartz had to earn his title, defeating a tough final table that included Mark Gregorich and Calvin Anderson.

What a final table in, just living legend.

When I share in my country and with legend I do not miss a final table, I try to learn the most from all the players.
It is a pleasure to stop in time and to honor the high performance inside the tables. Stephen is a great high stakes player!