Steph Curry may be known more for draining threes than he is for playing pocket threes, but it’s no secret that the NBA superstar likes to partake a little poker now and then. 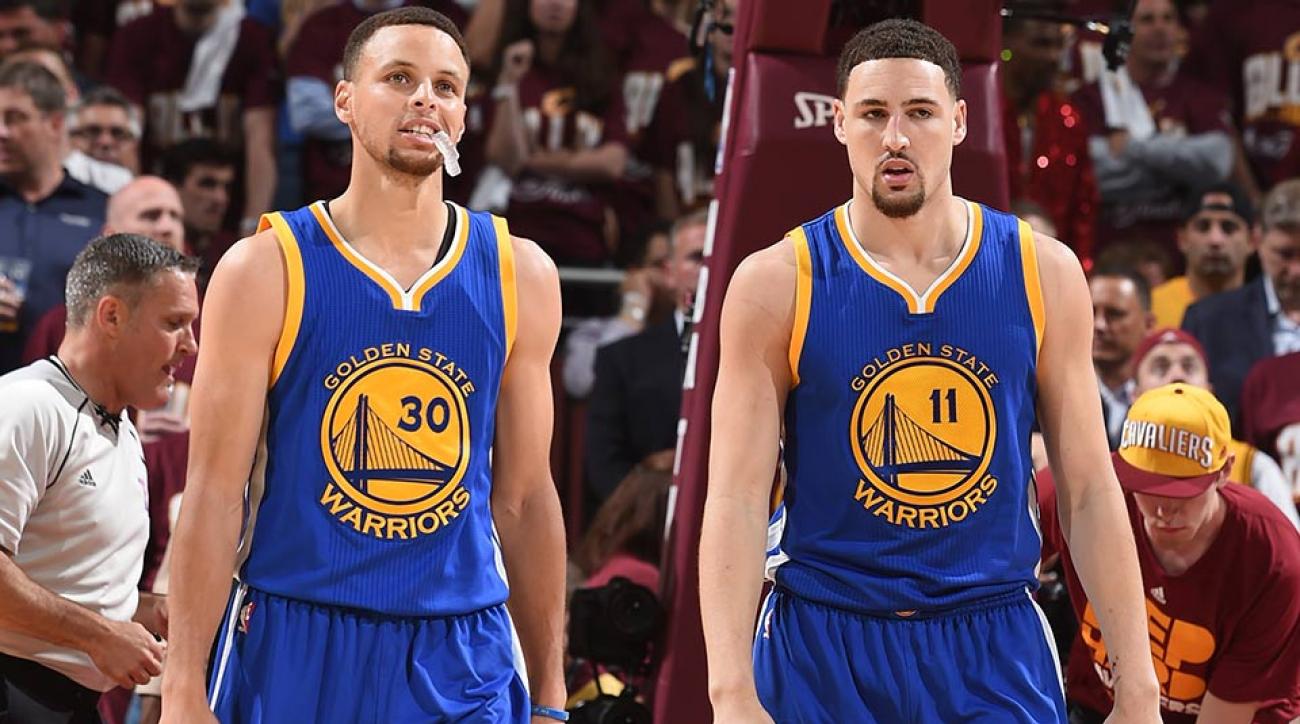 Klay Thompson may be a world-class basketball player, but according to teammate Curry, he’s not much of a poker player. (Image: SI.com)

So it was no surprise when he admitted as much in a recent Twitter video.

Teammate Klay Thompson, however? It turns out that he may not exactly be the best player at the table when the Warriors get together to play some cards.

At least, that was the charge by Curry as he answered a question from a former teammate on social media this week.

To celebrate his 10-year anniversary with the Warriors, the 2016 NBA MVP decided that he’d answer a few questions from fans on Twitter.

But it was ex-teammate Andrew Bogut who chimed in, wondering whether Curry and Thompson still played poker on team flights.

A simple yes didn’t suffice for Curry — he went on to destroy Thompson’s ability at the poker table.

Q: Do you still play poker on the plane and if so did @KlayThompson miss his flush draw….again…… #AskSteph @StephenCurry30 ???
– @andrewbogut

“Of course we still play,” Curry says in the short video. “And of course Klay still misses all his easy reads on bluffs, on the blinds, on literally every read at the table. He’s easy money, Bogut, easy money.”

It turns out that Bogut knows all about Thompson’s poker skills, so it’s not surprising that he would take the opportunity to needle his former teammate. In a 2014 interview with The Sporting News, Bogut claimed that Thompson was the biggest fish at the table when he was still with the team.

“He just chases those flushes, fourth street and fifth street… he’ll pay that big bet off to get at the river,” Bogut said at the time.

He would not say, however, who the best player was, or how much the Warriors play for.

So who are the best poker players in the NBA?

According to Phil Hellmuth, who claims to be friends with Curry and take part in regular games with Golden State players, former Warrior David Lee wasn’t just the best poker player on the team, but one of the best athletes he’s ever played against.

As for the rest of the Warriors, he calls Curry “pretty good.” Hellmuth says Thompson is “good,” while referring to Bogut as “probably professional level.”

It turns out that Steph Curry’s brother Seth, who suits up for the Dallas Mavericks, can also play a little. The younger Curry brother was involved in a sick, $11,900 hand while playing in a  $5/$5/$10 game recently at Live at the Bike earlier this year.