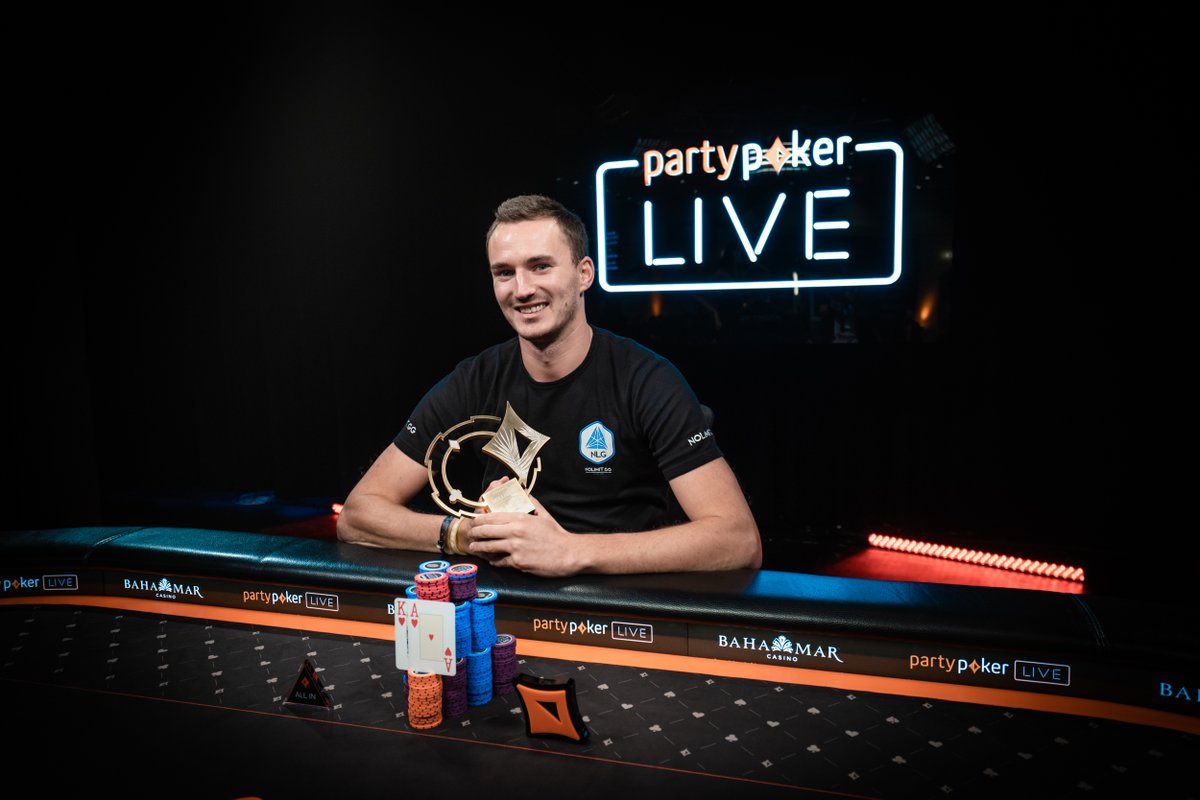 “Goose” ran loose all over the competition in the Bahamas, beating a 34-player high-roller field. He defeated Sean Winter, a regular in the high-stakes cash games at Aria in Las Vegas, in a surprisingly quick heads-up battle.

Large Sums of Cash at Stake

With both players hovering around 100 big blinds, a lengthy battle was almost certainly bound to happen, barring a cooler situation. And that’s exactly what happened.

Just 15 minutes into the contest, Sontheimer made a four-bet all-in shove with ace-king and got a call from a reluctant Winter who held an inferior ace-queen.

At a full table, calling off a four-bet shove with ace-queen isn’t typically an optimal play. But in heads-up play, against a player like Steffen who is capable of bluffing in any spot, it’s hard to let go.

The board ran out clean for “Goose,” who became the champion and $3.685 million winner, while Winter took home a nice little $2.43 million consolation prize.

Thursday’s session began with six players – the four above along with Isaac Haxton and Nick Petrangelo. Sontheimer entered the day with a big chip lead.

Haxton, a Partypoker pro, was first to hit the rail when Sontheimer’s two pair bested his top pair. Petrangelo, a rising star in poker, turned a tiny stack into a 20 big blind stack and then found an opportunity to double up against Peters, but lost a race and was sent home as a the bubble boy.

With the pressure of cashing out of the way, the remaining players could relax. But it took nearly four hours before a player finally busted. Badziakouski lost a 60/40 all-in pre-flop situation to Winter, setting up three-handed play.

Another player, David Peters, busted moments later against the eventual champion. Sontheimer, because of a cooler, then quickly eliminated Winter to finish off the tournament.

The Goose is Loose

Stephen Sontheimer jumped from 12th to sixth on Germany’s all-time tournament earnings list with $12.6 million in cashes. The $3.685 million score is the biggest of his career.

Sontheimer, certainly a skilled tournament player, is every bit as talented in cash games and online. “Goose” became a household name during the 2017 Poker Masters. The German pro won two events, cashing in four out of five, to earn the coveted Purple Jacket.

wow this is amazing