It’s no secret poker is dominated by men in terms of quantity, but not necessarily in skill. At most poker tables around the world, especially at the WSOP, most players are male. The Poker League of Nations (PLON), a women’s poker advocacy organization, strives to narrow the gender gap on the felt. 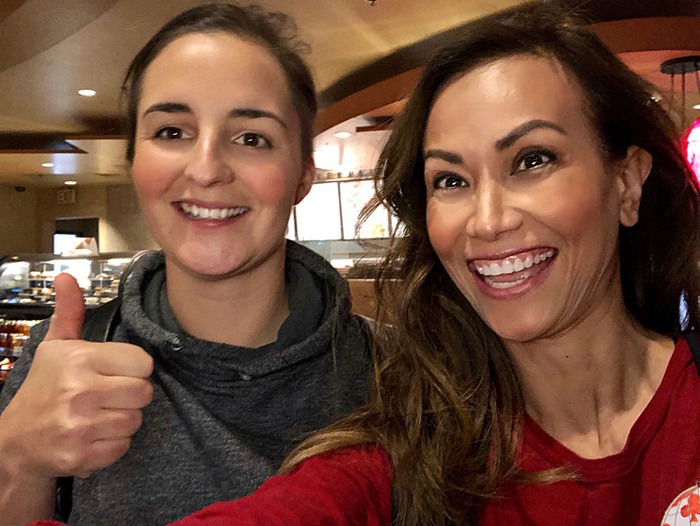 PLON, founded in 2017, has ambassadors across the globe, including some of the most talented women in the game such as Kristen Bicknell, the 2017 GPI Female Player of the Year, Kitty Kuo who recently finished 2nd in the WPT Bobby Baldwin Classic, and Heidi May, a WSOP bracelet winner.

The women’s organization is hosting a “Ladies Week” event at South Point Hotel and Casino in Las Vegas, just days before the popular $1,000 buy-in WSOP Ladies Event which was won by one of its ambassadors, Heidi May, in 2017.

Ladies Week is highlighted by a $130 buy-in satellite into the WSOP Ladies Event on June 26 and a $300 buy-in ($1,000 for men) Helix Diamond Bracelet tournament with a $20,000 guaranteed prize pool on June 27. Other activities include a Helix Poker University training session with pro Jamie Kerstetter and a WSOP Ladies Week welcome party on June 26.

PLON is also hosting satellites on June 24 and 25 and two winners will receive an entry into the 2018 WSOP Main Event. Eight seats are still open for the June 25 session.

Women in Poker by the Numbers

If you’ve walked through the Rio convention center during the 2018 WSOP, you may have noticed a lack of women in attendance.

Even more troubling for the future of the game, females represented only 1.6 percent of the youngest demographic, ages 21-25. The average age of men at the 2017 WSOP was 41.26 and 44.28 for women, a clear indication that younger men are more interested in poker than younger women. 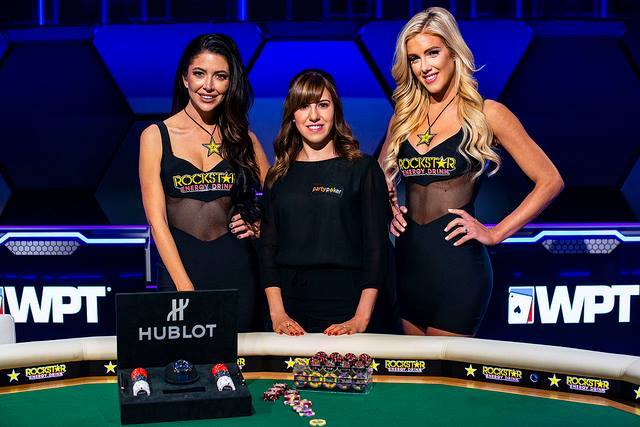 Poker League of Nations ambassador Kristen Bicknell poses with models after winning a WPT cash game at the Esports Arena at Luxor in Las Vegas in May 2018. (Image: wpt.com)

Although the above stats show a disappointing trend in poker, that trend can easily be reversed. Enter, the Poker League of Nations. Lena Evans, the organization’s co-founder, acknowledged that “girls, in general, are simply not taught to play cards by their fathers or brothers,” and that young women acquiring the proper bankroll “remains a huge hurdle,” but feels she has a solution to this problem.

“Satellites obviously can help women bear the cost of entry,” the Vietnamese poker player suggests. “We need to create more opportunities for women to start learning and playing. This is another reason I created Helix Poker University, to not only create an additional revenue stream for poker pros, but to also help educate players – particularly women,” Evans told CardsChat.

May knows a thing or two about earning a living at the poker table. She won the 2017 WSOP Ladies Event and has over $320,000 in online poker earnings. The bracelet winner who hails from Australia addressed another issue that may be turning some women off the game.

“There is a big problem in poker that definitely discourages women from playing the game, and that’s the way men behave towards us at the tables,” she told CardsChat.

May said her mother “absolutely loves poker,” but “almost every time” she goes to the casino to play, she gets sexually harassed and “no one ever speaks up.”

“I think it’s time to start implementing harsh penalties for this kind of behavior,” May said. “When women know they’re coming to play in a safe and friendly environment, I think they’ll be more inclined to give poker a go.”

Ana Marquez, PLON’s Spain ambassador, has more than $1.1 million in lifetime live tournament winnings, and she believes a great way to attract more women to the game is for the poker community to “cater towards women.” By that, she means more ladies events “that offer packages into mixed tournaments.”

“Anything that promotes the idea that female players are welcome to the community,” Marquez said.

Kristen Bicknell, the reigning GPI Female Player of the Year and a Partypoker ambassador, says a woman winning the WSOP Main Event would “absolutely draw more women to poker.”

“I’m a strong believer that women having great success in poker will help pave the path for others and show that it is possible to compete and win at high levels,” she said.

If a woman wins the Main Event someday, who knows, maybe Bicknell will be right that it will create a second poker boom.

Good for women, there are women who play very well, for some reason men think that women do not play well, but I have seen some women in the cardschat freerolls, and they play very well.