There was a time when sports betting content in mainstream media was limited to announcers making a cloaked comment about “some people” being happy when a team hit otherwise-irrelevant field goal to cover the point spread.

But times are quickly changing. 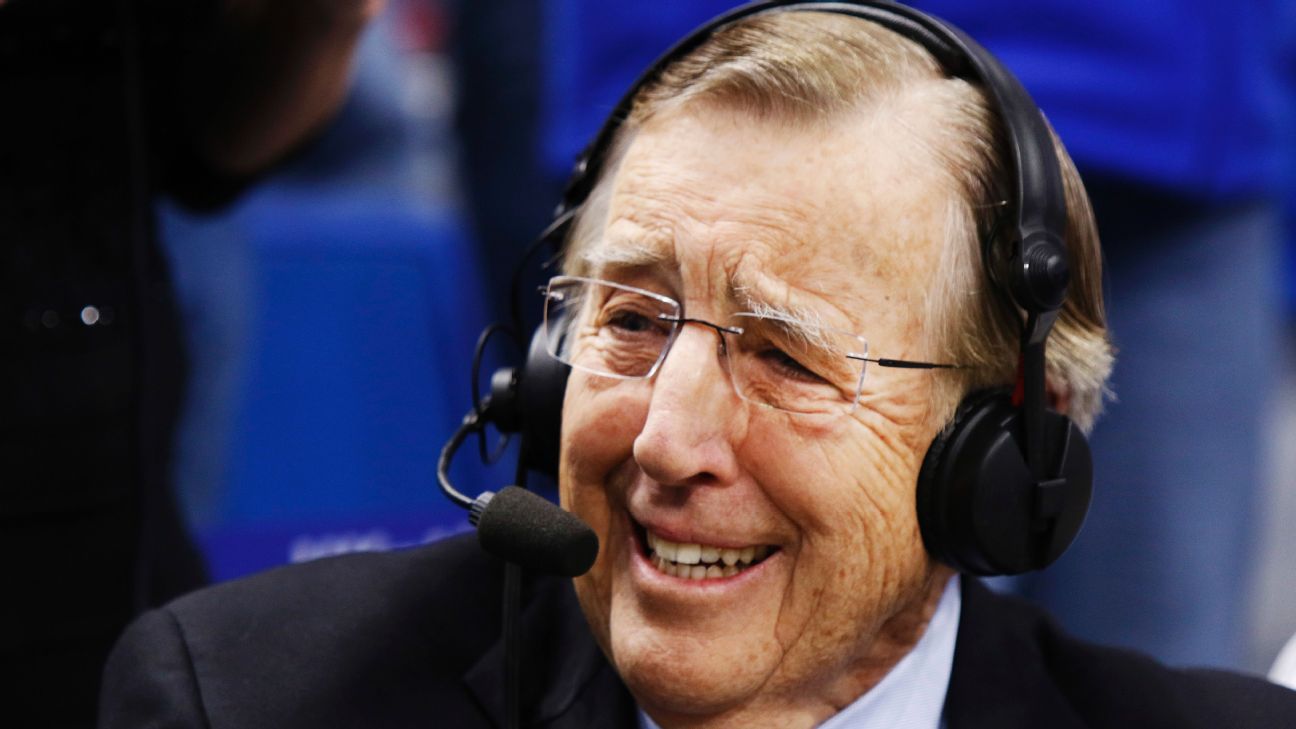 Brent Musburger is expected to be part of a new sports betting show on the Fox Network. (Source: KABC)

The report reveals that the show is set to debut on Fox Sports 1 in the fall.

While Fox executives have not yet confirmed that the show is in the works, one source described it as “Around the Horn for sports betting.”

Out of the Shadows

With sports wagering having been outlawed in the US everywhere but Nevada for decades, topics like point spreads and money lines have generally off limits during mainstream broadcasts.

However, all that changed when the Supreme Court struck down PASPA, opening the doors for every state to get in on the action, should they choose to do so.

ESPN wasted little time getting on board with sports betting content. PASPA was defeated on May 14, and the network debuted its gambling-themed show, “I’ll Take That Bet,” just two weeks later. Produced in conjunction with The Action Network, the show features discussion and dissection of various sports betting angles.

The Warriors are huge favorites in the Finals, but there’s still a case for betting on them at -1000.

The first episode of “I’ll Take That Bet” is streaming now on ESPN+ https://t.co/R38lcw8aqs pic.twitter.com/OFJJ49aWqT

However, Fox is apparently taking things a step further. While “I’ll Take That Bet” airs on the streaming service ESPN+, the Musburger-powered show is expected to air on Fox’s main network.

New Voice of the Raiders

That won’t be the only new gig for Musburger this fall.

The broadcasting veteran has been named the new radio play-by-play announcer for the Oakland Raiders. The team announced this week that it had fired Greg Papa, who’s been calling the team’s games over radio airways for the past 21 years. If you’ve ever listened to a Raiders game, you would have recognized Papa’s trademark call, “Touchdown Rrrrrrraiders!”

Instead, it will be Musburger calling their games for the foreseeable future, including when the team moves to Las Vegas in 2020.

The 79-year old is already well established in both Las Vegas and sports betting circles. He’s been in the city since launching his Vegas Stats & Information Network (VSiN) channel on SiriusXM last February. The show covers numerous sports betting topics and is broadcast from Vegas’ Southpoint casino.

Good for him… always liked Musburger.

I have always thought that the sports experts of all the television channels work as bookmakers for the betting houses since I have not seen anyone giving data for bets, they have the capacity to find the “value bet” they are able to see where the Bookmakers were wrong in the quota. This error is usually very light and therefore more difficult to detect. hopefully this program that starts the FOX chain, is of benefit to us bettors and that they really do the function of tipsters .. A TIPSTER is a person who is a true expert in a sport, and sometimes even in a championship in concrete of this sport. Thanks to the knowledge he has of this sport, and some notions of mathematics, the tipster will be able to see these sought “value” bets.