Beyond the WSOP: South Point Offers Plenty of Mixed-Game Events

Poker players willing to venture south of the Strip will find a summer series at the South Point casino this year, with a regular weekly rotation for nearly two months. 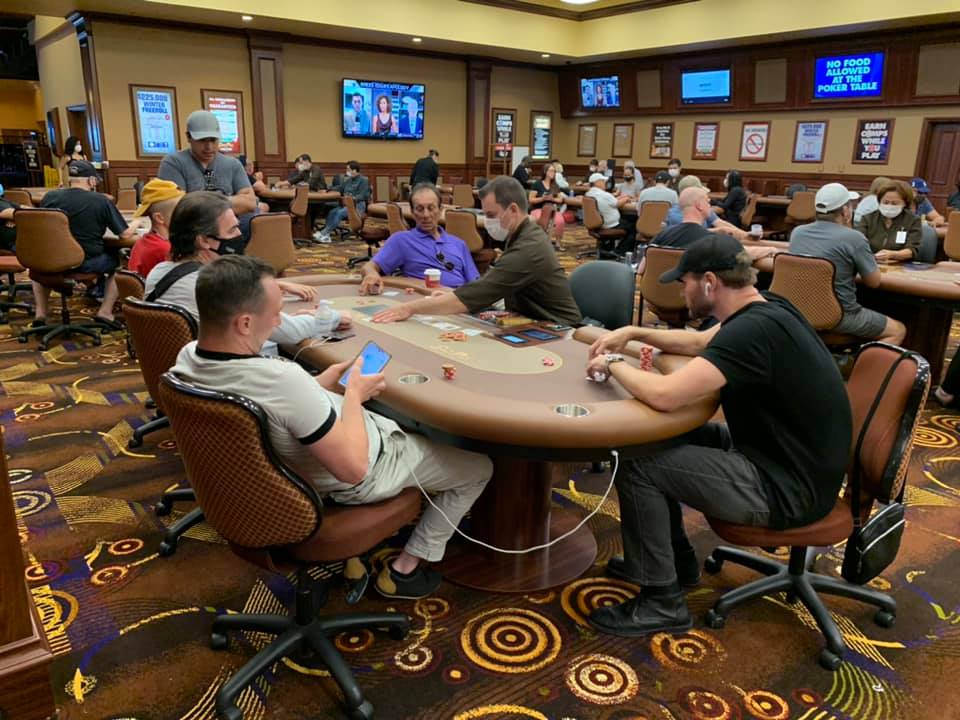 The South Point poker room will try its hand at a WSOP-adjacent event with its Summer Poker Round-Up. (Image: CardsChat)

The South Point Summer Poker Round-Up will run from May 30 to July 20 with a multiday No-Limit Hold ’em tournament each week and what could amount to the most mixed-game action in Las Vegas this summer.

Then, the mixed games begin: Omaha Hi-Lo on Friday, Mixed Omaha Hi-Lo/Stud Hi-Lo on Saturday, and ROSE on Sunday. All mixed games include a $240 buy-in and $20K guarantee.

South Point will also bump up the guarantees on its daily tournaments. The daily 6 p.m. No-Limit Hold ’em tourney will feature a $150 buy-in and guarantee $15K on Monday thru Thursday, and $25K on the weekends. South Point will also host the $450 LIPS National Championship on June 30-July 1 with a $40K guarantee.

Jason Sanborn, manager of the South Point poker room, told CardsChat that most other summer series in Las Vegas tend to have large-field No-Limit Hold ’em events on the weekends and mixed games in the middle of the week so, in an attempt to draw crowds to his venue, he turned that schedule on its head.

”We kind of flip-flopped and put mixed games on weekends and our multiday NLHE event on weekdays,” he said. “We’re new to the summer tournament series scene, so we kind of wanted to complement what else is out there.”

And because the first question he gets from players is about guarantees, Sanborn and his team set strong guaranteed prize pools in an attempt to draw poker players south of the Strip.

“We tried to stay true to our normal schedule and also hope to attract some of the multitude of players who come to Vegas each summer,” he said. “We have high hopes we will be able to make those guarantees.”