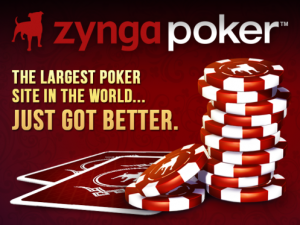 South Korea is making things quite difficult for its Facebook games aficionados, especially those who want to experience Zynga’s new poker app. Each country usually has its own individual way of controlling how gambling is handled within its borders. The same also applies to video games or anything else that can be rated. If there’s the potential to engage in “illegal” play or influence youths, expect some kind of crackdown.

US-based players are all too familiar with gambling restrictions in their country, especially when playing online. Places like Australia have harsh rating systems that often ban the sale of video games deemed too mature. In the case of South Korea, all Facebook games, including casino games, are being blocked until the country implements a new ratings system.

On August 29, Korea’s Game Rating and Administration Committee shut down games such as FarmVille, Candy Crush Saga and the new version of Zynga Poker. Stop payments were put on the games, preventing players from spending any kind of money on in-game micro-transactions.

The block appears to be a way to enforce the 2013 Game Industry Promotion Act, which established a legally binding age-appropriateness rating system in December of last year. Though gambling is illegal and highly controlled in most of South Korea, the country made little effort to apply the restrictions to Facebook games, until now.

These games are now being targeting to ensure they comply with any regulations in place. While the social casino games available to players aren’t illegal per se, they do emulate a realistic casino experience. Real-money betting isn’t allowed in those games, but players are allowed to buy virtual chips or currency.

Game developers and publishers can submit their software to be rated and should receive a rating within 15 days of filing an application. A fee also must be paid to take part in the ratings process. This should give those companies the opportunity to bring games back to Facebook.

Because these games bring in money based on revenue from micro transactions, receiving a rating is an important step in continuing to generate cash. South Korea is one of the biggest gaming markets in the world, especially with smartphone and PC gaming. Social games can account for a large amount of revenue as well.

South Korea’s new restrictions came only days before Zynga launched its new version of Zynga Poker for mobile devices. The game is available worldwide on the Apple App Store and Google Play, but won’t be available for the South Korean market.

Since its launch in 2007, 350 million people have played an estimated 100 billion hands in Zynga Poker. The new product launch was designed from the ground up by using the insight from players over the years. Featuring a modern look, the new Zynga Poker was also built for mobile devices and tablets. Even as a free-to-play social casino game, Zynga Poker still falls under the same umbrella of blocked games in South Korea. Despite being new, the company will need to navigate the ratings process to have a profitable product in the country.

please let other facebook game back..such as farmville 2 and zumablitz etc..those games i mentioned was the only fun things i did in facebook and my past time..my stress reliever in this place those games was so many advantage to me..so when i heard about this news i was so shock and feel disappointed..so please please im begging you to bring back those..dont be killjoy dont you know that so many like me was so disappointed to this?because facebook games for us foreigners here in south korea is our fun..this games i mentioned is not a gamble.i wasted time efforts but not money..i hope i wish you let us be enjoy again thank you and godbless