Soulja Boy Signs $400 Million Deal with World Poker Fund . . . At Least In His Own Mind

News that rapper Soulja Boy, aka DeAndre Cortez Way, had signed a $400 million sponsorship with the World Poker Fund (WPF) was reported unquestioningly across the Internet over the weekend. The “Crank That” artist had sown the hype several weeks ago by tweeting that the monster deal was in the offing with an unnamed company . . . and then he pulled the trigger on May 1 with his tweet that it was done. 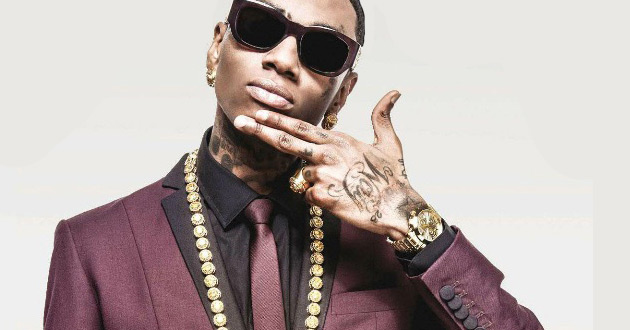 “I invest in things I understand,” Soulja Boy said. “I enjoy music, and of course gaming. Being an influencer is a form of currency. Having portfolio diversification is critical if you want to be an effective brand ambassador. With regards to WPF, I believe in its strategy, its team, the vision, and management’s ability to target its financial goals.”

Apparently what he may not believe in is a financial adviser to explain how “big money” deals actually play out in real life.

As celebrity endorsements go, this one looked massive. And if true, it would be the biggest poker sponsorship deal of all time, by far. Bigger than PokerStars’ endorsement deals with global superstar athletes like Neymar Jr., Rafael Nadal, and Cristiano Ronaldo, who, while no doubt compensated by various methods in the multimillions for their frontmanship for the site, would have no need to do anything else if they could pull down a $400 million deal with any one company.

You see where we’re going with this, because Soulja Boy may be popular, but he’s not Beyoncé and Jordan-popular. Which is why this story couldn’t be true. Another reason it couldn’t be true is because the site isn’t even up and running, i.e., making a dime yet, so to promise a $400 million payday would be not only crazy, but delusional.

But for a man to whom the appearance of uber-wealthiness is paramount, and who is not averse to shooting his mouth of when the mood arises, it probably shouldn’t have surprised anyone that Soulja Boy made this outrageous claim.

After all, he once falsely claimed to have bought a $500 million private jet for his own 21st birthday.

Why Doesn’t Anyone Know What WPF Is About?

Ask the average poker player “What is World Poker Fund?” and you’re likely to get a glassy stare of befuddlement. That’s because, from anything we could discern, it’s pretty much a company on paper only, with few, if any, real accomplishments to date.

WPF’s own PR boilerplate on its website claims it is “a leading developer and operator of online and event based social gaming platforms and brands.  The company is composed of four asset holdings and divisions:  Proprietary online gaming technology, M&A of online and traditional gaming operators, media assets, and the development of online gaming brands.”

The site further notes that WPF is “engaged in the development of poker sponsorship tournaments to identify and train new poker players for poker competitions, to develop and produce poker entertainment reality TV shows, and to advise and assist in the development of on-line [sic] poker and casino development under the Indian Gaming Regulatory Act of 1988.”

It is “not engaged in gaming activity, does not operate casinos or gaming venues, and is not licensed, or required to be licensed, under any gaming regulations,” WPF adds.

It’s reportedly a company with a large amount of celebrity investment, which includes, by some accounts, Justin Bieber and Floyd Mayweather. Oh, and also Soulja Boy. Yes, it appears that Soulja was one of the early investors in the company, and is a co-owner, which means he’s essentially sponsoring himself.

And that figure? Well, it just doesn’t add up. For all its celebrity investment, the company hasn’t really done that much in the poker world yet, beyond signing former WSOP Main Event champ Jamie Gold, organizing a few events, and claiming to have a couple of TV shows in production (which, let’s be honest, pretty much everyone in Hollywood can claim as well, in fact, it’s almost de rigueur if you live in LaLa Land).

Flying By the Seat of Its Pants

WPF has also teamed up with the Iowa Tribe of Oklahoma and software company Universal Entertainment Group, which together have just received the go ahead in the Sooner State by a federal judge to launch an online poker site catering to the international market and offer “in-flight gaming” in the US.

WPF says in their press materials that “in-flight gambling will only be available on international flights and only after the plane’s been in the air for at least two hours. Airborne gamblers will be required to deposit at least $25 in an account with a site called InSkyCasino.com, which will be operated by the Iowa of Oklahoma Tribe.

“Passengers who choose the in-flight gambling option will be able to play poker and casino games on their personal, mobile devices. Those players will also receive free Wifi for the duration of the flight.

“While the world of in-flight gambling is definitely uncharted territory, World Poker Fund and UEG are extremely optimistic about the project. Their initial projections, based on a potential pool of 3 billion international travelers.

“If just 20% of those travelers choose to gamble, the company stands to make $143 million in gross revenue from the project.”

Someone should sit these folks down to talk with New Jersey Governor Chris Christie, who also predicted pie-in-the-sky-by-and-by earnings from online poker once upon a time, and has lived to eat some humble pie since.

Be that as it may, the WPF believes its partnership with the Okie tribe will soon be worth that $143 million in gross revenue per year. Whether that’s accurate or not, it’s a future projection, and would still not justify a $400 million endorsement deal with Soulja Boy, or anyone else, for that matter.

It was up to Forbes.com to crunch the real numbers. The financial news site noted today that WPF has a market cap of $50 million, last year declaring losses of $400,000. So, where was this $400 million coming from again?

Well, as we suspected all along, it doesn’t really exist, as a PR spokesperson for the company, Matthew Bird, finally ‘fessed up when confronted by Forbes.

“[Soulja Boy] really kind of jumped the gun” said Bird. “The deal is capped at $400 million, and it’s based on a forward-thinking valuation of the company. He’s young, he’s 25 years old. He got really excited, and he tweeted something he probably shouldn’t have tweeted.”

But as everyone in show business knows, there’s seldom such a thing as bad publicity.