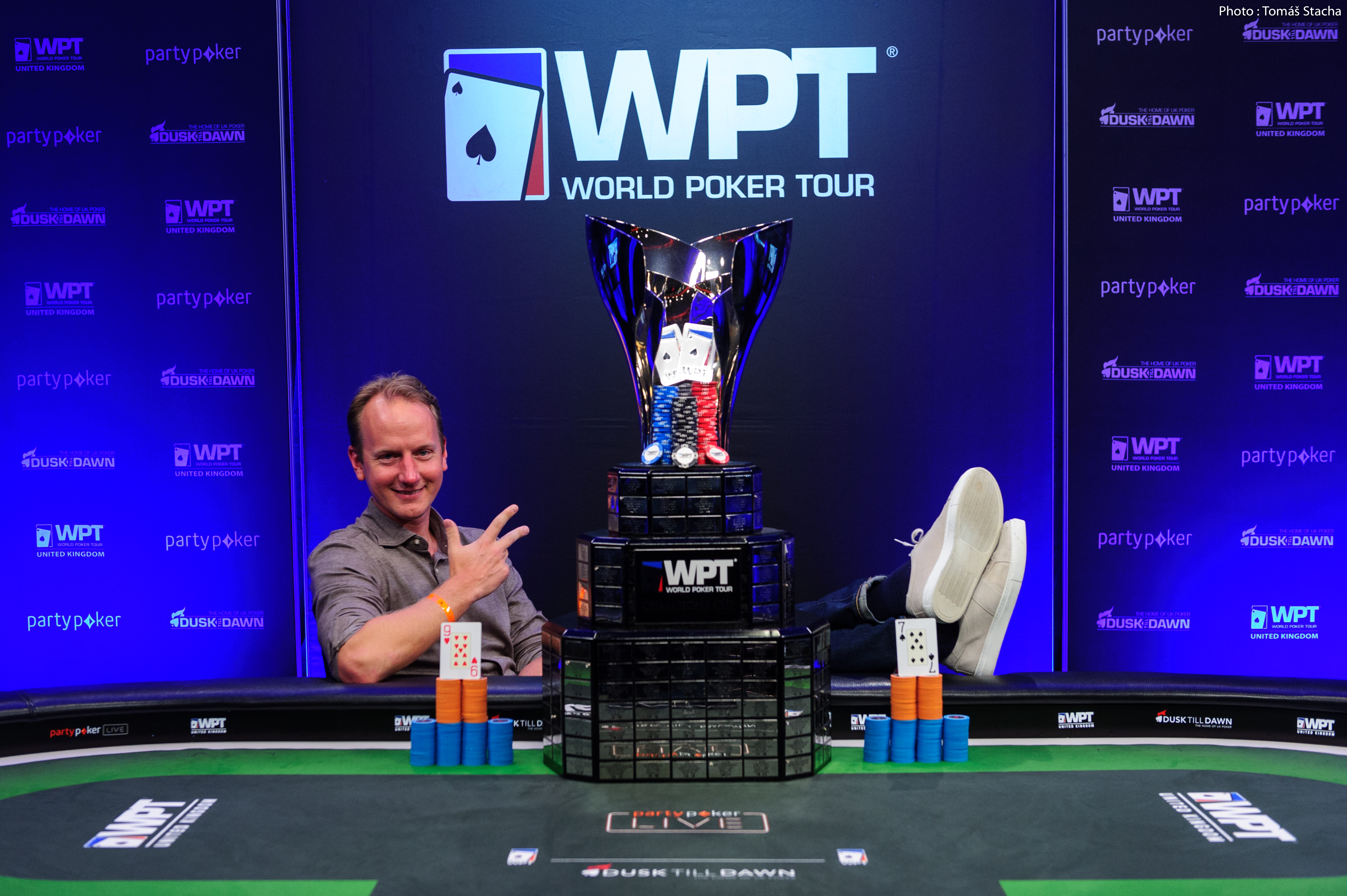 Entering the final day as chip leader at Nottingham’s Dusk Till Dawn, Brandstrom was in control from the start.

For Brandstrom, winning that cash and a WPT UK title was possible, but by no means a formality. With German hotshot Manig Loeser and British veteran Paul Jackson in the mix, victory wouldn’t come easy.

With a victory at EPT Barcelona in September adding to his confidence, it wasn’t long before the Swede got to work.

With Jackson’s stack fading fast, he took his chance to get back into contention with A♠2♦. Despite the relative strength of his hand, the Englishman was in trouble against Brandstrom’s A♣Q♦.

A queen on the flop virtually ended the hand before a blank turn and river sent Jackson home in ninth.

With the deadlock broken, Leo Worthington-Leese and Loeser fell before Paul Siddle and Maria Lampropulos dropped in quick succession.

That series of eliminations forced the final four to put the brakes on. As caution took hold, 60 hands passed before Ryan Mandara picked off Matthew Eardley with A♣9♠.

Three-handed play didn’t last for long as Mandara continued his hot streak. This time he used pocket sevens to oust James Rann and his A♦2♥.

Heads-up, Mandara had the momentum, but it was Brandstrom who started best. Seizing the early pots, the Swedish pro gradually got a hold over his opponent.

Eventually, the end came after just six hands. After semi-bluffing the flop and turn with J♠T♣, Mandara pushed all-in on the river.

Two pair was more than enough to top Mandara’s bluff and earn Brandstrom the WPT UK title, and a $330,000 payday.