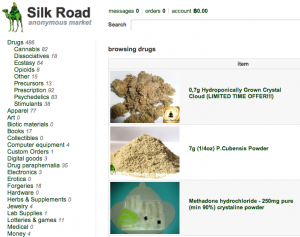 Blake Benthall has been arrested and allegedly confessed to running Silk Road 2.0, which was a reboot of an online site that used Bitcoins to traffic illegal drugs and more. (Image: forbes.com)

Blake Benthall, the man accused of operating the self-proclaimed Silk Road 2.0 website, was arrested by the FBI and has allegedly confessed to all wrongdoing.

Those who have followed the Bitcoin currency might remember that the original Silk Road website was billed as one of the first Bitcoin gambling sites. The truth was, the site was an open marketplace for illegal drugs for purportedly millions of users on the Dark Net, the Internet’s underbelly for all things unsavory.

It comes as no surprise then that it did not take authorities in the United States long to shut down the second incarnation of the site.

Back in October of 2013, Ross William Ulbricht was taken into custody and the original site known as Silk Road was shutdown. While it claimed to be a place for people to gamble Bitcoin currency, authorities proved that the site was a well-known location for illegal transactions, often involving drugs. Most shockingly, the site had millions of registered users and according to reports, most were money launderers.

At the time, FBI Special Agent Christopher Tarbell publicly stated that based on his experience, Silk Road was the most sophisticated and extensive criminal marketplace on the Internet. He estimated that over a two-and-a-half-year period, the site brought in about $1.3 billion worth of Bitcoin trades, and was able to net $85 million in commissions for its ownership.

With Silk Road shut down, a gap in the Internet crime subculture had to be filled. While a smarter criminal might have figured to create a website that had a different façade and name, California resident Benthall figured that he didn’t need to bother. Benthall ran a copycat website called Silk Road 2.0 and was arrested a little over a week ago.

He faces charges including conspiracy to commit narcotics trafficking, which in itself carries a potential life sentence in prison. In a best case scenario if found guilty, he’s looking at 10 years behind bars.

Authorities have called Benthall a danger to the community and recommended he be held without bail for being a significant flight risk. During his arrest and search of his apartment, police came across falsified identity documents, obviously meant to aid Benthall if he had to be on the run.

He also had $100,000 in cold cash in his apartment, which came from the $400,000 in commissions he made based on the $8 million monthly revenue earned since the site was operational back in December 2013.

Another Black Eye for Online Gambling

As much as online poker and online gambling proponents want to show mainstream society that playing games online should not be shunned, but regulated by the government, activities such as these give ample ammunition to those fighting the efforts for legalization.

Bitcoin has taken so many hits in the last six months, it is hard to find someone willing to defend it as a currency of the future. The Silk Road incidents actually also provide ammunition to those seeking legalization as well, as strict regulation and governance will identify sites operating grossly illegal activities much more quickly than having no laws at all.

The crazy thing is, according to a few reports just hours after Silk Road 2.0 was shutdown, another version, dubbed 3.0, was already up. No doubt federal authorities are already on their next hunt.