Sheldon Adelson, a favorite punching bag for the poker community, is showing himself to be an upstanding billionaire in the face of COVID-19. 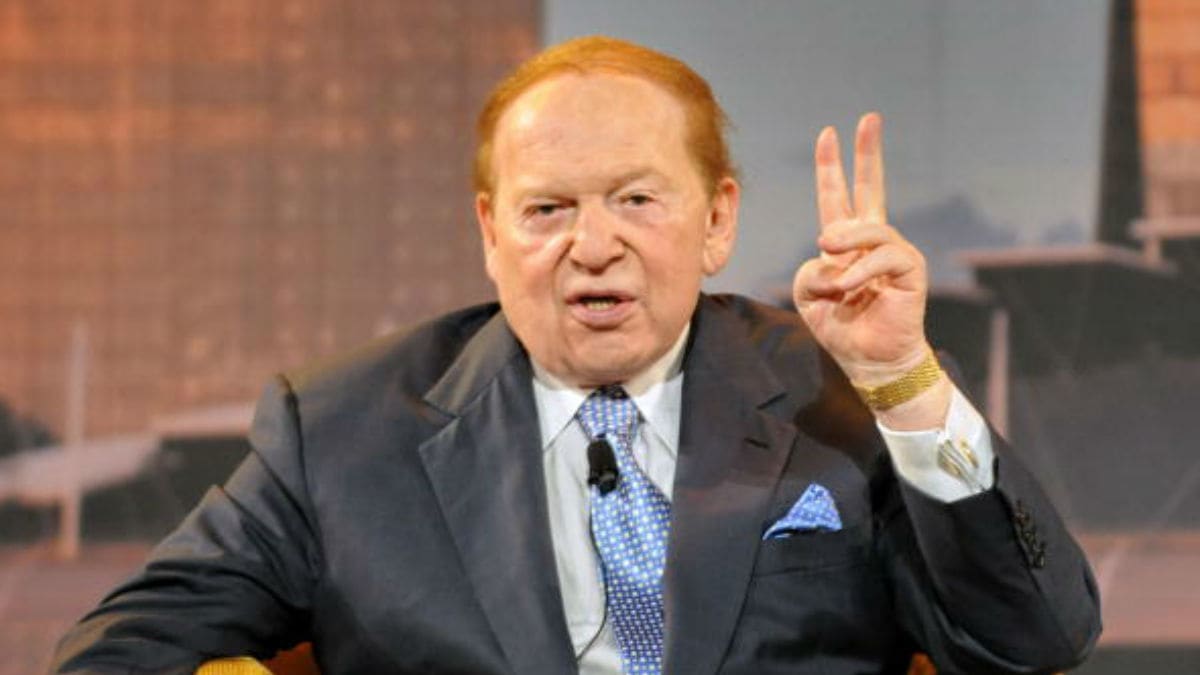 Sheldon Adelson says paying employees who are unable to work for two months is the right thing to do. (Image: Roslan Rahman/Getty)

In an op-ed that ran Wednesday in the New York Post, the CEO and Chairman of Las Vegas Sands said he intends to pay employees at his casinos for at least two months. This was no April Fool’s joke.

“I’m paying every one of our nearly 10,000 employees as though they were still working,” Adelson wrote. “We’re even working to make up for lost tips. I hope to do that right up until the time that we can reopen our businesses.”

He says that any business that can afford to should follow his lead.

Earlier in March, Nevada Gov. Steve Sisolak called for all casinos in the state to close their doors in an attempt to limit the spread of coronavirus. On Wednesday, he reaffirmed the order, extending it at least until the end of April.

Las Vegas Hit Harder than Most

The shutdown of non-essential businesses amid stay-at-home orders to address the threat of COVID-19, a potentially lethal result of the highly contagious coronavirus, stands to have a tremendous impact on workers in Las Vegas.

According to a survey of economists by the University of Chicago’s Booth School of Business, Nevada’s workforce is more vulnerable to a COVID-19 recession than are workers in any other state. The study sought to identify who would be most impacted by a coronavirus shutdown, and projected the entertainment and hospitality industries to be hit most dramatically.

Researchers then looked at cities with the highest percentage of their workforce in vulnerable industries. With more than 30% of workers involved in casinos or casino-related businesses, in four of the top-five most impacted cities, it became clear just how much trouble the Las Vegas area is in. (Note: Paradise, Nevada, is essentially the Las Vegas Strip.) 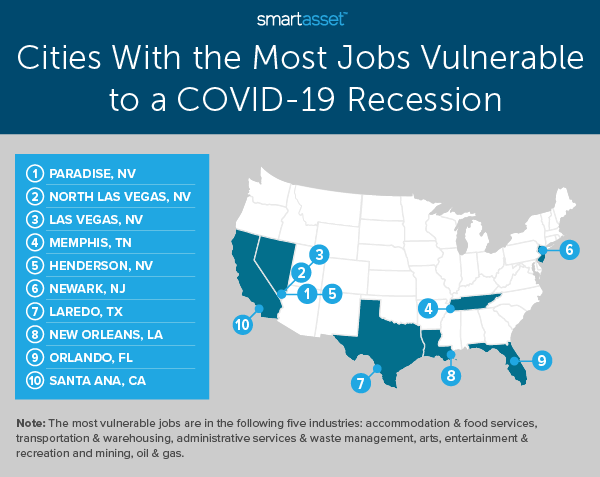 In Adelson’s op-ed, he reminds readers that he knows poverty, having grown up the son of immigrants who were so poor that his story would be one of rags to riches if only his parents could afford the rags.

Adelson, 86, doesn’t appear to be boasting. Instead, he’s letting workers know that he really does understand the predicament they face.

Adelson’s company, Las Vegas Sands, owns nine affected properties worldwide, including three in Las Vegas — the Venetian, the Palazzo, and the Sands Expo and Convention Center. The company owns five casinos in Macau, all of which shut down in January and reopened, at least partially, in February.

The Marina Bay Sands in Singapore didn’t have to close its doors completely, but did limit access to just its top-tier customers who must wear masks, get their temperatures checked as they move about the property, and adhere to strict social distancing requirements.

In Las Vegas, Sands properties didn’t shut down until ordered to by the Nevada governor. Their poker room was one of the last to close, offering three-handed-max play.

“It’s not only the right thing to do — it’s good business,” he said.

UPDATE: Caesars Entertainment announced late Thursday that it will furlough 90% of its workforce. They will be paid for the next two weeks, with health insurance paid for through June 30.

Is nice to see the millionaires and billionaires helping out the little guy. Sometimes it is very rare to see. This virus has really made a mess of the entire world. He is right about it being the right thing to do and also is good business. Those are the companies that become right in the end. I am glad the employees will be taken care of and who knows, maybe other Casinos will step up and do the right thing as well.