Sheldon Adelson is doing what he does best: protesting to get his way.

Unfortunately for the billionaire, his temper tantrums don’t always work in his favor. Take, for example, his fight to criminalize online poker in the United States. That hasn’t exactly worked out so well for him. 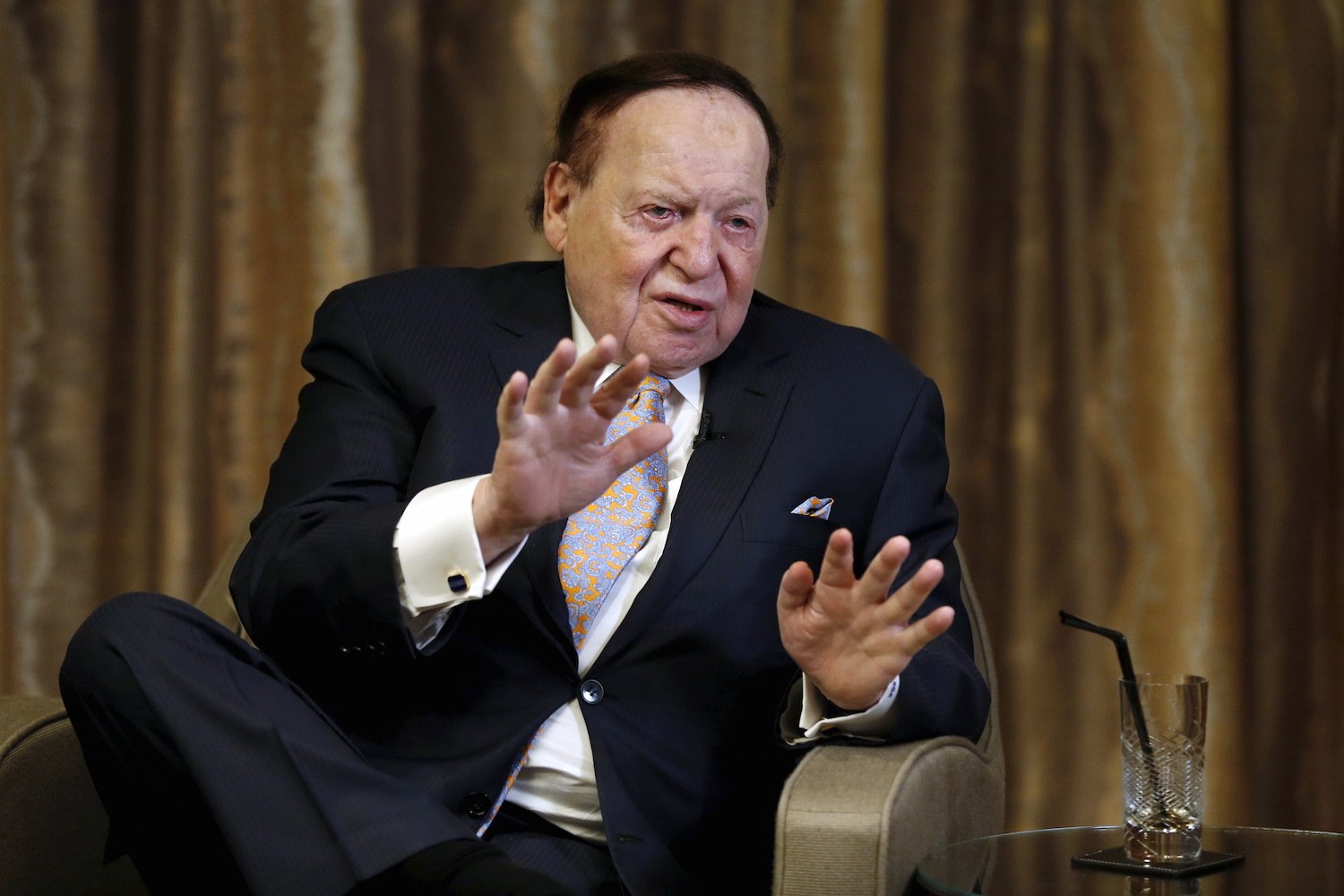 Sheldon Adelson is trying to block the Oakland Raiders from moving to Las Vegas, but his efforts appear to be a failure. (Image: businessinsider.com)

Now he’s trying to use his power to either get exactly what he wants or prevent the Oakland Raiders from moving to Las Vegas. The casino mogul originally appeared to be the person who could bring the NFL team to Sin City.

He was all set to invest millions of dollars, along with Clark County tax revenues, for a state-of-the-art stadium. But Adelson is now backing down. He wants the county to chip in more money or he will refuse to hold up his end of the bargain.

Initially, many NFL pundits thought the Raiders move to Las Vegas would be impossible without his blessing. That doesn’t appear to be the case at all. Mike Florio, an NFL reporter for NBC Sports, says the team still intends to move to Las Vegas, with or without Adelson.

In fact, on Sunday Night Football on NBC, the broadcast crew announced that league circles said the team is “definitely” moving to the desert city.

How the Team Can Move to Las Vegas

Whether Adelson is involved in the deal or not, the Raiders must get the approval of at least 74.9-percent of the league’s owners. There are 32 NFL franchises. That means at least nine teams will have to vote against the move, should Raiders owner Mark Davis decide to relocate the team.

If the casino mogul backs out, Davis will then need to find another investor or a group of investors. According to those close to the owner, he doesn’t feel that will be a difficult task.

Clark County has vowed to increase taxes on tourist destinations to pay for a large portion of the proposed new stadium. Las Vegas doesn’t presently have a viable place for an NFL team to play.

Its only non-high school football stadium, Sam Boyd Stadium, hosts University of Nevada-Las Vegas college games, but is only about half the size of most NFL venues. The Raiders won’t be able to rely solely on Clark County for funding. Davis will need another investor to pay for a large chunk of the expenses.

This is What He Does

Adelson owns the Venetian, which boasts one of the top poker rooms in the world. But many poker players refuse to play there, because of his crusade against online poker. Also one of the top Republican donors, the billionaire does everything he can to convince lawmakers that internet poker is the devil.

Had a great meeting today with the Raiders and the Adelson family. Both are working very hard to finalize a complicated deal.

I don’t think Sheldon is the kind of person to be in, out, in, out, in, out on a whim and is used to hammering out details on large scale projects. If you watched the Special Session voting, there were plenty of times when it looked like the deal was dead. I just think the old saying applies;. Making sausage isn’t pretty. Neither is negotiating a multi billion dollar project.

What is your reasoning/sources for the above accusations?

Man that’s a lie the NFL nor did NBC reporters say the Raiders were moving to Vegas you Shill !!! STOP the lying Please !!!!

The deal is dead without him. If there were other investors to be had, the deal wouldn’t be contingent on the county subsidizing it so heavily.