Shareholders To Sue Zynga For Fraud 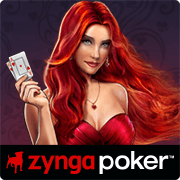 Where did it all go wrong? Once Zynga looked like it could take over the world. Now, after failing to find the next Farmville, it stands accused of corporate fraud. (Image: Pokerpics)

Facebook play-money poker giant Zynga can be sued by shareholders for misrepresenting its prospects prior to its IPO in late 2011, a US District judge in San Francisco ruled this week.

Judge Jeffrey White, who threw out an earlier version of the lawsuit just over a year ago, said the testimonies of new witnesses supported the claim that the Zynga management intended to commit fraud.

The social gaming company is accused of concealing a drop in user activity prior to the float, as well as inflating its revenue forecast, and hiding the fact that changes in a Facebook platform might affect demand for its games.

“Plaintiff alleges that the officers at Zynga obsessively tracked bookings and game-operating metrics on an ongoing, real-time basis with regular updates on the activity and purchases by every user of every Zynga game,” White wrote. “Confidential witnesses all corroborate that the updates on game users and spending data was readily accessible to Zynga’s management.”

The judge accused the company of “business puffery” for referring to its game pipeline as “strong,” “robust” and “very healthy” in the lead up to the IPO.

Zynga’s market value plummeted by billions of dollars, and shares prices from $15.91 to less than $3, between their March 2012 peak and the following July, when the company published financial figures that were considerably short of expectations.

Shareholders also claim that Zynga hid the truth of the company’s status in order to enable insider dealers to sell $593 million of stock before the post-IPO lockup, thus avoiding a 75 percent drop in its share price over the next four months.

Zynga’s fall from grace has been spectacular. Where once upon a time it was leading the charge in a new multi-billion-dollar social gaming market, it is now facing increased competition from companies such as King, which created the eternally popular Candy Crush Saga.

While it struggles in vain to find the “next Farmville,” Zynga has gone through a stream of changes in the boardroom, while failing to adapt to the new mobile landscape.

In 2013 it seemed poised to enter the real-money online poker market; a tantalizing prospect, considering Zynga Poker’s 32 million registered play-money users. However, when the crunch came it backed out of its stated intention to apply for a real-money gaming license in the about-to-be-regulated US states.

Instead, Zynga launched its real-money experiment in the UK later that year, which, woefully under-marketed, it wound up for good at the beginning of March.

The company has been accused by analysts of ignoring its profitable core offerings in favor of half-hearted flirtations with diversification. It now faces the far more serious charge of corporate fraud.