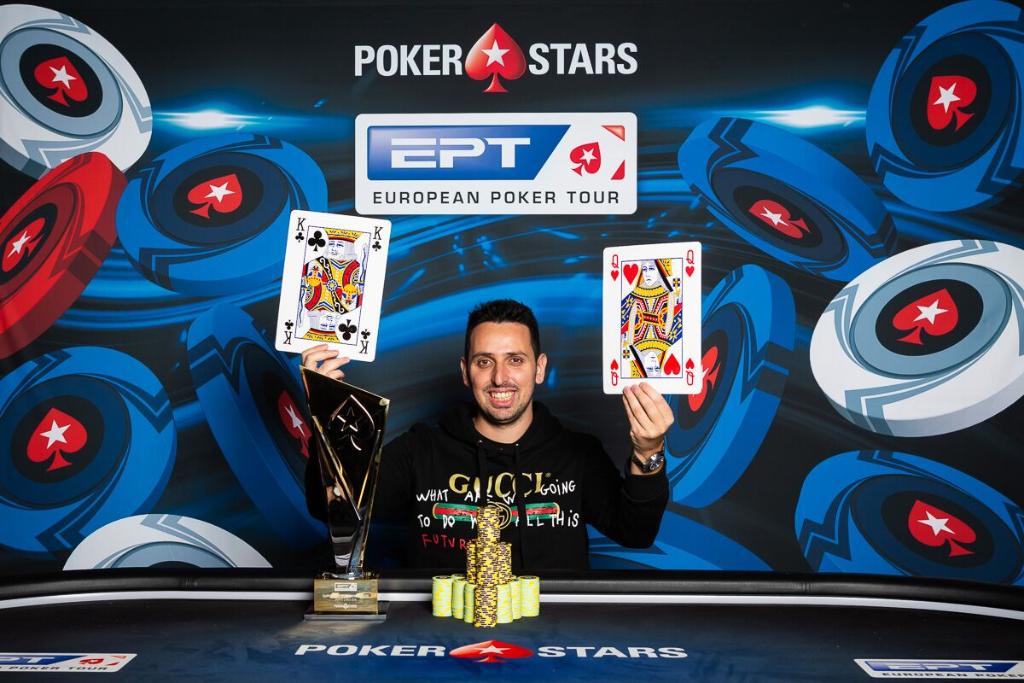 That meant that only seven people would ultimately make the money, which made for a tough bubble when nine players returned for the third and final day of play. Luc Greenwood and Koray Aldemir would be the two unlucky bubble boys, leaving seven players who were all guaranteed to win at least €264,860 ($297,000).

Even making the money was an accomplishment for Aido, who entered the final day of play as the short stack with just seven big blinds to his name. But the Spaniard managed to hit a three-outer to double up once, then won another flip to put himself right back in contention.

“I was thinking I was 25 percent to make the money,” Aido told PokerStars.com about his position heading into the final day of play.

That run continued after the bubble broke. Aido scored the first in-the-money knockout, eliminating professional handball player Wiktor Malinowski with A♠K♥, which held up against the Polish player’s A♥8♠.

Aido’s reign of terror continued, as he called with A♠2♣ to beat Charlie Carrel’s 9♣5♠. After Cortes scored an elimination of his own, Aido once again added to his stack by taking down former chip leader Daniel Dvoress with pocket kings, bringing the tournament down to just three players.

Still, there was no guarantee that the two Spanish players would get to heads-up play. Sitting between them was none other than Sam Greenwood, the defending champion in this event and a threat in any high roller.

But on this day, it seemed that nothing could go wrong for Aido. After flopping two pair to take a big pot off of Greenwood, he would then eliminate the Canadian when he again picked up K♥K♦ against Greenwood’s A♥T♠. Greenwood couldn’t catch up, eliminating him in third place with a prize of €731,530 ($820,000).

That didn’t leave much drama for heads-up play. Aido held a nearly 5-to-1 chip lead over his countryman Cortes, and it took just one hand for the tournament to come to an end.

Aido limped from the button with K♣Q♥, prompting a shove from Cortes, who had only about 15 big blinds. Aido immediately called, forcing Cortes to show his 9♠2♦. No help came for the short stack, eliminating Cortes in second place for just under €1.15 million ($1.29 million).

The win continues a run that has seen Aido become one of the winningest players in Spanish poker history. He ranks third on that list behind only Adrian Mateos and Carlos Mortensen, and his $10.5 million in career earnings is good enough for 90th all-time worldwide.