A micro-stakes poker game involving seniors in a Canadian town has been shut down. The City of Richmond deems the game “unlawful.” No, you haven’t unknowingly stumbled upon The Onion. You’re still reading CardsChat. 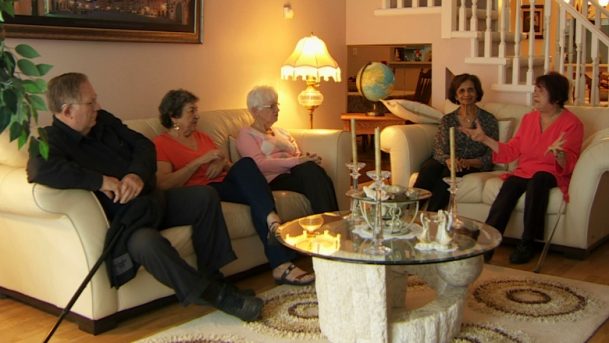 A group of seniors were told they can no longer play a harmless micro stakes poker game at a local senior center in Canada because it is “unlawful.” (Image: cbc.ca)

A group of about 40 seniors have played in a regular poker game at the Minoru Place Seniors’ Centre in Richmond, British Columbia.

The buy-ins were so cheap that one could literally find some spare change on the ground and get in the game.

Each chip was worth just 10 cents.

The seniors’ center is a city-owned facility. Richmond officials stepped in and advised the players they can no longer participate in gambling games involving the transfer of money.

But those involved say they aren’t exactly running a high-stakes underground poker operation.

“If anybody is playing poker, it’s more fun if you play for a little bit of money and it makes it more interesting,” player Marilyn Berger told Stephen Quinn of CBC Radio, Canada’s English-language information service. “We’re not playing for large amounts of money, it’s not about gambling, we’re playing for fun.”

Ted Townsend, the Richmond Director of Communications, has laws to uphold. And one of those laws is to prevent senior citizens from gambling away a few bucks of their nest eggs.

Townsend told CBC Radio he’s “quite happy” to have poker and other card games at the center. But the provincial gambling regulations state that all forms of gambling outside a licensed casino is illegal, no matter the stakes.

One senior center patron who enjoyed the poker games suggests she’ll find something else to do with her time. Serena Lambert said the poker games gave her an opportunity to socialize with others.

Now, she says, “you might as well stay home and play solitaire.”

What They’re Saying on the Twittersphere

After word got out about the senior center shutting down the poker game, some poker players had a take on the issue. Daniel Negreanu, a Canadian-American, isn’t happy with his home country.

“Come on Canada!!!!,” he posted, using four exclamation points to emphasize his point.

“I guess no poker game is safe from authorities up in Canada,” Poker podcaster Joe Ingram wrote.

“It’s a gateway game. If they don’t shut this down now it could lead to blackjack, Roulette. Heaven forbid baccarat,” @Thomas_Miller joked.

We were unable to locate any scientific data proving micro stakes poker games involving senior citizens become a gateway to other forms of gambling. But that didn’t stop the city of Richmond from shutting down this seemingly harmless poker game.

So unfair they can’t use laws to go after criminals. Instead, just go after the poor, the weak, and the elderly.