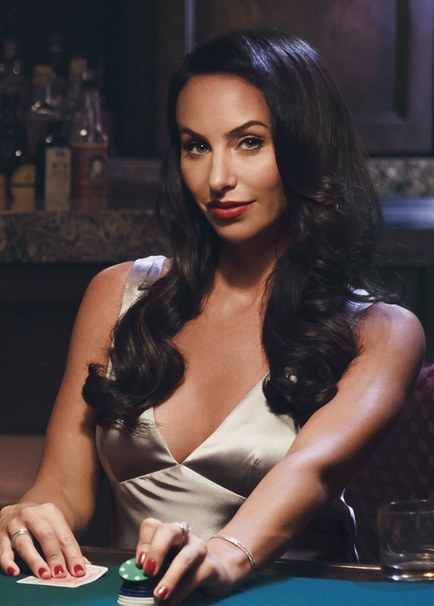 A trailer for the film Molly’s Game was released by STX Entertainment on Tuesday. The movie features the exploits of Poker Princess Molly Bloom. (Image: Pinterest)

In what might be the most anticipated poker movie since Rounders, the public got its first glimpse of the forthcoming Molly’s Game, a dramatization of one of the biggest private poker games of the current Texas hold’em era. STX Entertainment, released a trailer of the upcoming film on Tuesday, and revealed November 22 as the date of its nationwide premiere.

The film is about the life of Molly Bloom, dubbed the “poker princess,” and is adapted from her book, “Molly’s Game: High Stakes, Hollywood’s Elite, Hotshot Bankers, My Life in the World of Underground Poker.” Oscar-winning screenwriter Aaron Sorkin, who penned the scripts for A Few Good Men and The Social Network, authored the movie.

The film marks Sorkin’s debut as a director. It follows Bloom’s exploits as the former Olympic skiing hopeful’s move from Colorado to Los Angeles, and her participation in the illegal card games that attracted not only A-list actors, like Leonardo DiCaprio, Matt Damon Ben Affleck and Tobey Maguire, but also wealthy businessmen and athletes.

She was arrested by the FBI in 2013, but avoided receiving jail time as she was sentenced to a $125,000 fine and a year’s probation.

The public will get its first chance at seeing the full-length feature at the Toronto Film Festival in September. Some footage was shown in March at Cinema Con, a convention held at Caesars Palace in Las Vegas for the worldwide motion picture theater industry.

During the film’s production odyssey there was significant drama happening off the screen. The first was the rumor that Sorkin was having an affair with Bloom. Leaked emails from a hack of Sony Pictures by a suspected North Korean group calling themselves The Guardians of Peace showed that Sony Pictures Co-chair Amy Pascal hinted at a possible affair between the two.

The film was dealt a more severe blow when Sony decided to pull out of the project once filming was underway. Sorkin went to Cannes in May to shop the movie around and luckily found a buyer in STK Entertainment.

That did delay the release, however. Production wrapped in the spring and was supposed to hit screens by summer, but was held back until fall, which may ultimately benefit the movie.

In addition to Sorkin, who won an Academy Award for The Social Network and was nominated for Moneyball, Jessica Chastain, who portrays Bloom, was nominated for an Academy Award for Best Supporting Actress in The Help and Best Actress in Zero Dark Thirty. Golden Globe winner Idris Elba plays her lawyer and Kevin Costner, who won two Oscars for his Dances With Wolves, plays her father.

Whether Molly’s Game gets any of those honors depends on Sorkin’s skill as a director. He has shown his adeptness at screen writing, but directing requires another skill set, industry insiders said.

it might be very interesting. but I am European, so I have to wait longer for this film…..

I’ll be looking forward to this film. The trailer is very interesting.