Second Site Gets License to Offer Online Poker in India 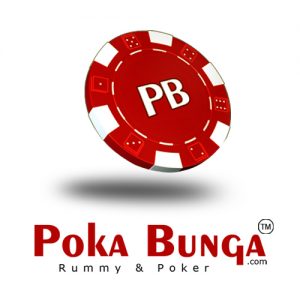 Online poker in India might not be booming, but it’s certainly starting to take shape after another online operator was given a gaming license.

Following the recent news that the Nagaland State Lotteries office had handed out its first online poker license to khelo365.com, another site has joined the party.

According to a press release dated December 21, pokabunga.com is now authorized to offer online poker across India.

After reviewing the operator’s credentials and finding that it doesn’t have any ties with companies offering games of chance, Nagaland’s governing body issued WYZ Games India Private Limited with a skill game license.

Using this, the company can now offer regulated online poker, but in the future it hopes to add more games to its platform, including rummy.

One of the most interesting aspects of pokabunga.com and, moreover, the rules governing poker sites in India, is that a number of high profile businesses are involved.

In order to satisfy Nagaland’s licensing conditions, all sites must be native to India and have some credible companies supporting it.

In the case of pokabunga.com, IM Alumni and a consortium of investment bankers helped fund the site which, in turn, has allowed it to obtain a license from the Nagaland State Lotteries office. Not only is corporate backing helping the licensing process, but it’s being seen as a way to legitimize poker as a skill game (sport) in India and make it a viable investment opportunity.

“This is a game changer for India as it allows serious and ethical companies to cater to clients and differentiate themselves from other fly by night operators.

Clients and other stake holders of the industry will benefit from having more transparency,” said Director of WYZ Games India Private Limited, Gaurav Gaggar.

According to a recent report by the Economic Times, online poker is currently worth around $120 million a year in India. Although that figure is relatively low compared to other markets, especially since India has a population of 1.25 billion, it’s still a new industry.

In fact, the Nagaland Prohibition of Gambling and Promotion and Regulation of Games of Skill Rules Act 2016 was only passed back in April. Since then, two online sites have been granted a license out of ten that were contacted.

Given that we are in the early stages of the country’s growth as a regulated online poker market, $120 million is a positive start. If sites like pokabunga.com and khelo365.com can prove that regulation is the key to success, then it’s highly likely revenue will increase in the coming years.

With such a huge potential market and a desire to promote poker as a skill game, there’s a chance India could become a leading online poker hub in the future.